Approached by leading craft brewers Meantime Brewing Company Lazerian was challenged to create a unique piece of furniture in the time that it takes Meantime to brew an exclusive beer for Lazerian.

The result being a one of a kind bar stool made using recycled brewing waste. This piece of beautifully crafted furniture was displayed as part of a pop- up ‘Make Time For It’ bar which was unveiled in London at the end of the campaign. Six collaborators across 6 key cities in the UK were handpicked to each design and create a unique piece (dependent on their set of skills) to contribute to the bar. Chosen to showcase the abundance of craftsmanship and innovation throughout the country. 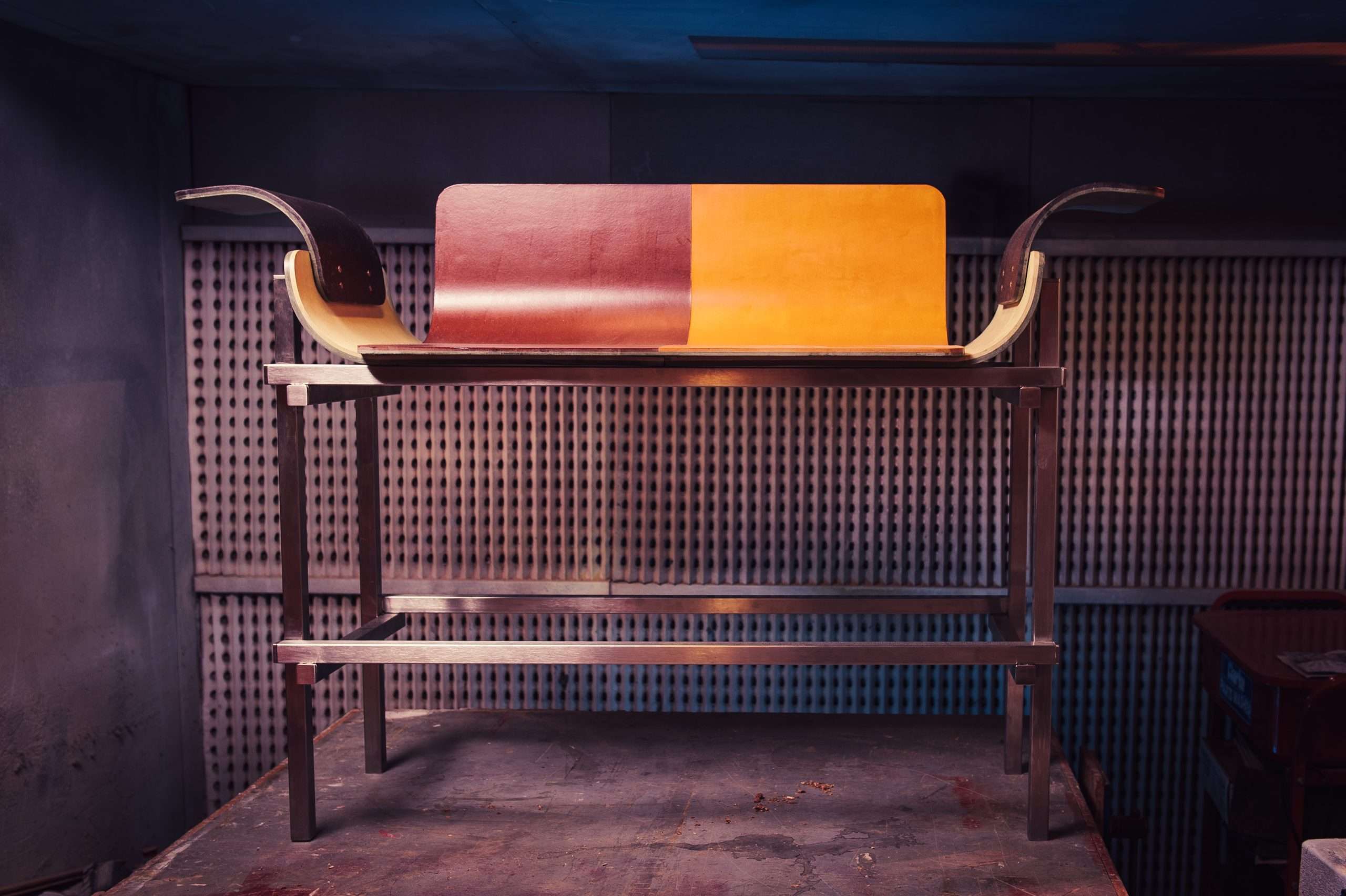 The concept behind this idea was to celebrate the recently launched ‘Make Time For It’ campaign from the Greenwich based brewing company. The campaign celebrated the care and attention afforded to every keg and bottle of Meantime beer, showcasing the master craftsmanship of their brewers and also celebrating the capabilities and expertise of craftsmen up and down the UK. The challenge was also to undertake the design and creation in six weeks-the time it takes for Meantime’s beers to mature and mellow for the flavour.

With just six weeks to design and build the creation, skills and expertise were pushed to the limit constructing an ambitious two-seater bar-stool made of brewer’s waste – a paper by Gmund which is made from brewers spent grain. The beautifully crafted bespoke design takes inspiration from Meantime, their brewery and beers. The inventive use of key brewing ingredients elevates a seemingly humble bar stool into a true work of art.

Chosen to showcase the abundance of craftsmanship and innovation throughout the country. 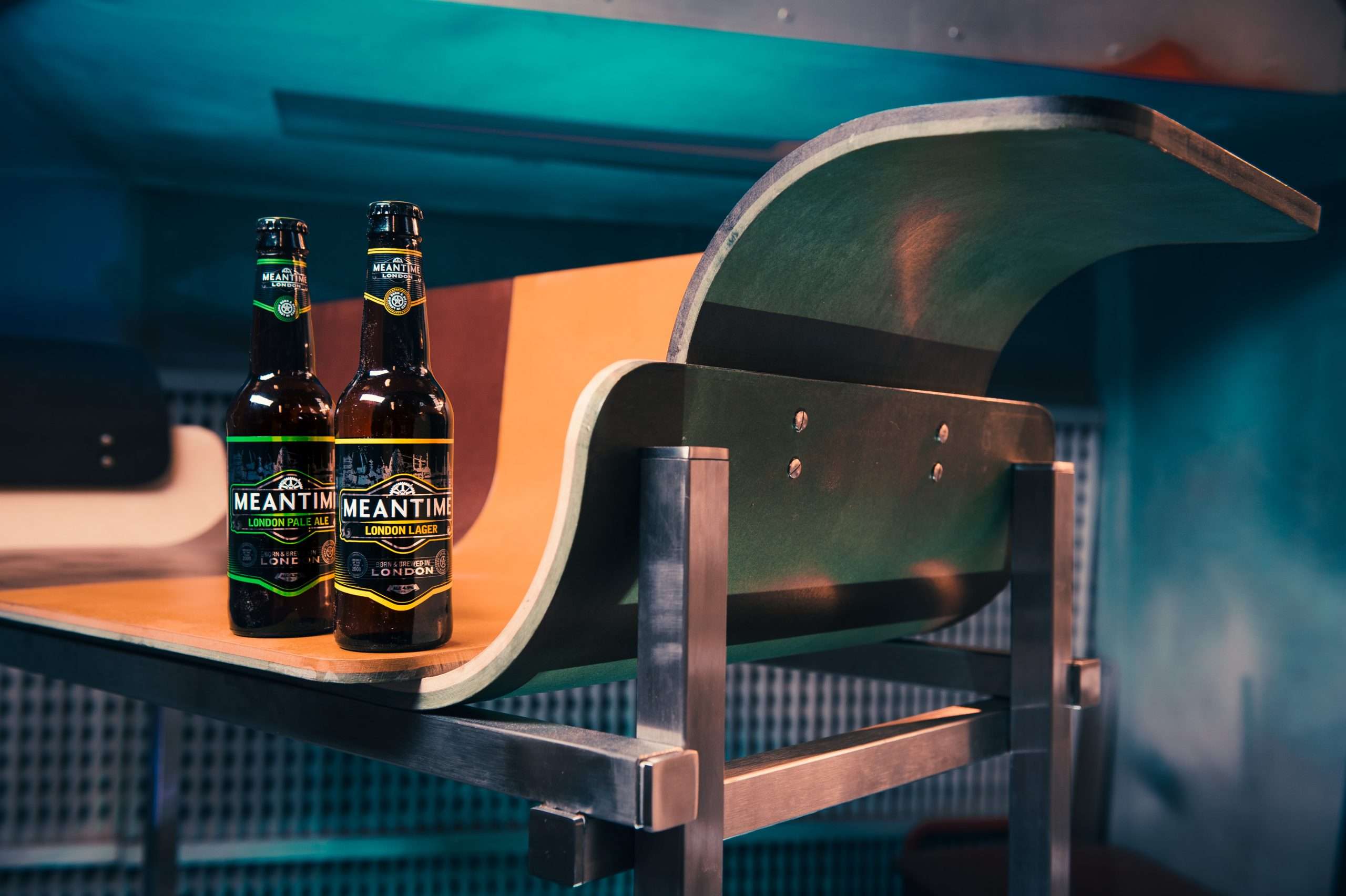 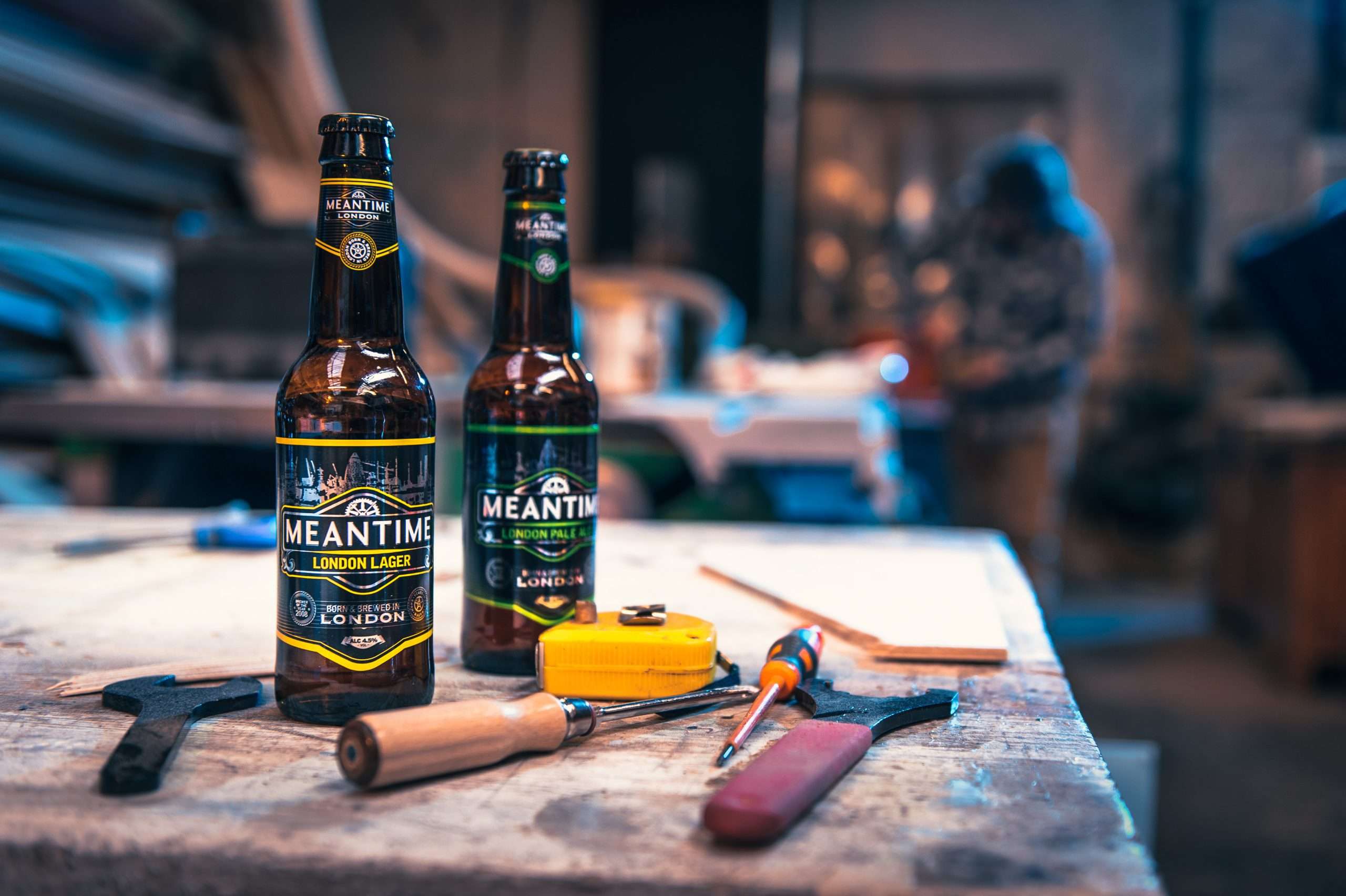 “We’re always trying to push the boundaries of our craft using modern technology, which is in line with Meantime’s approach to brewing traditional beer styles with a modern twist. There’s a lovely synergy between both of our very different crafts and I enjoyed the six week challenge to produce a unique piece inspired by Meantime, their values and beers.”

‘Make Time For It’ launched in Manchester, then Glasgow, Leeds, Bristol, and Brighton, before returning to London. The specially designed pieces from each of the six craftsmen were all featured in Meantime’s ‘Make Time For It’ Pop Up Bar at the end of the campaign.

The bar was open to the public at the London Bridge City Summer Festival, ‘London Riviera’ exhibiting the best of British craft. 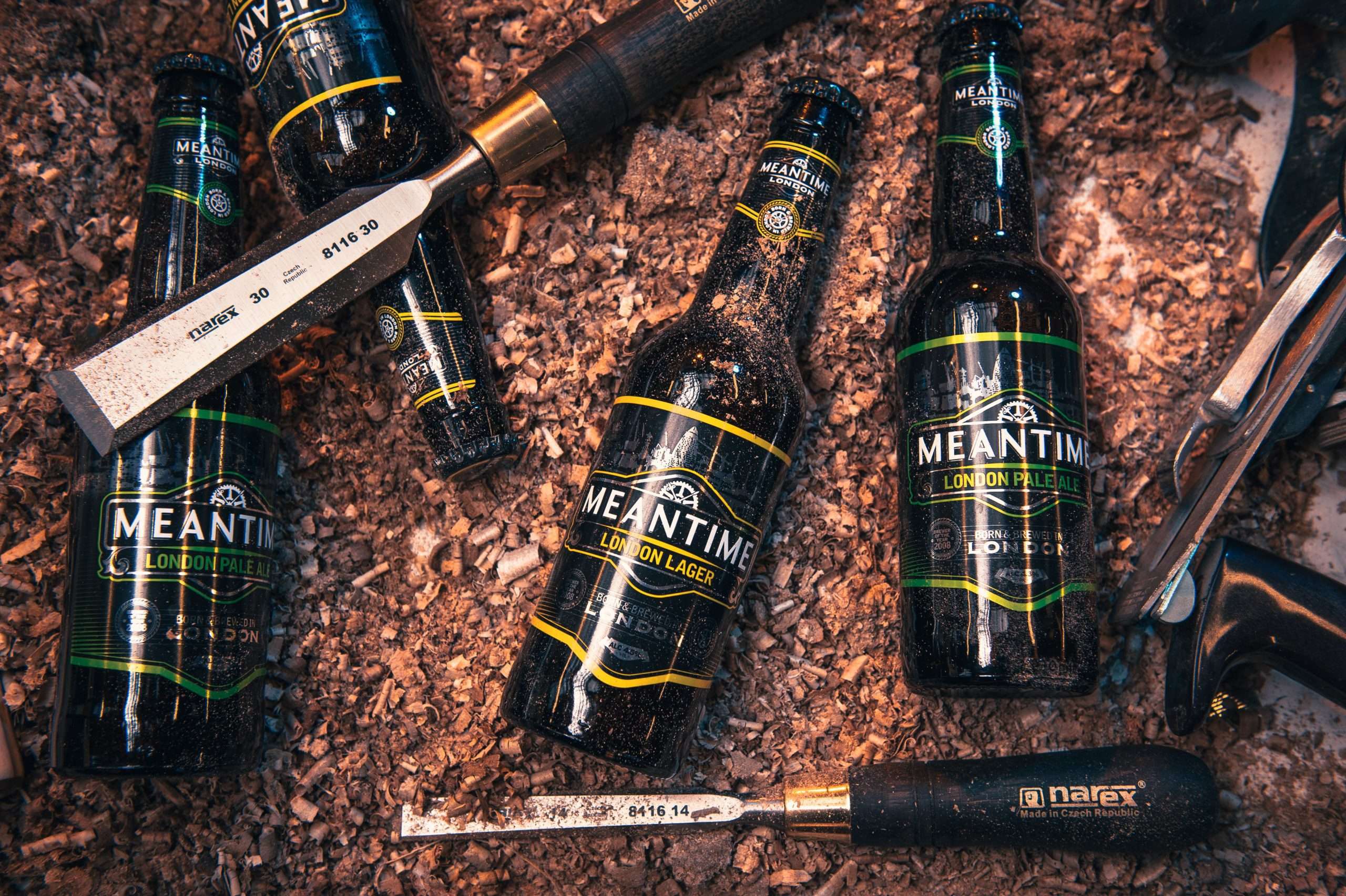