Commissioned by Skoda to construct a statement piece to celebrate the launch of the Skoda Karoq resulted in the cardboard car being devised.

The life-size cardboard car took over 600 hours to painstakingly recreate every panel from scratch. With just a real car to work from it was a challenge to replicate entirely just from a visual point of view but the end result was spectacular and definitely worth all the hard work. 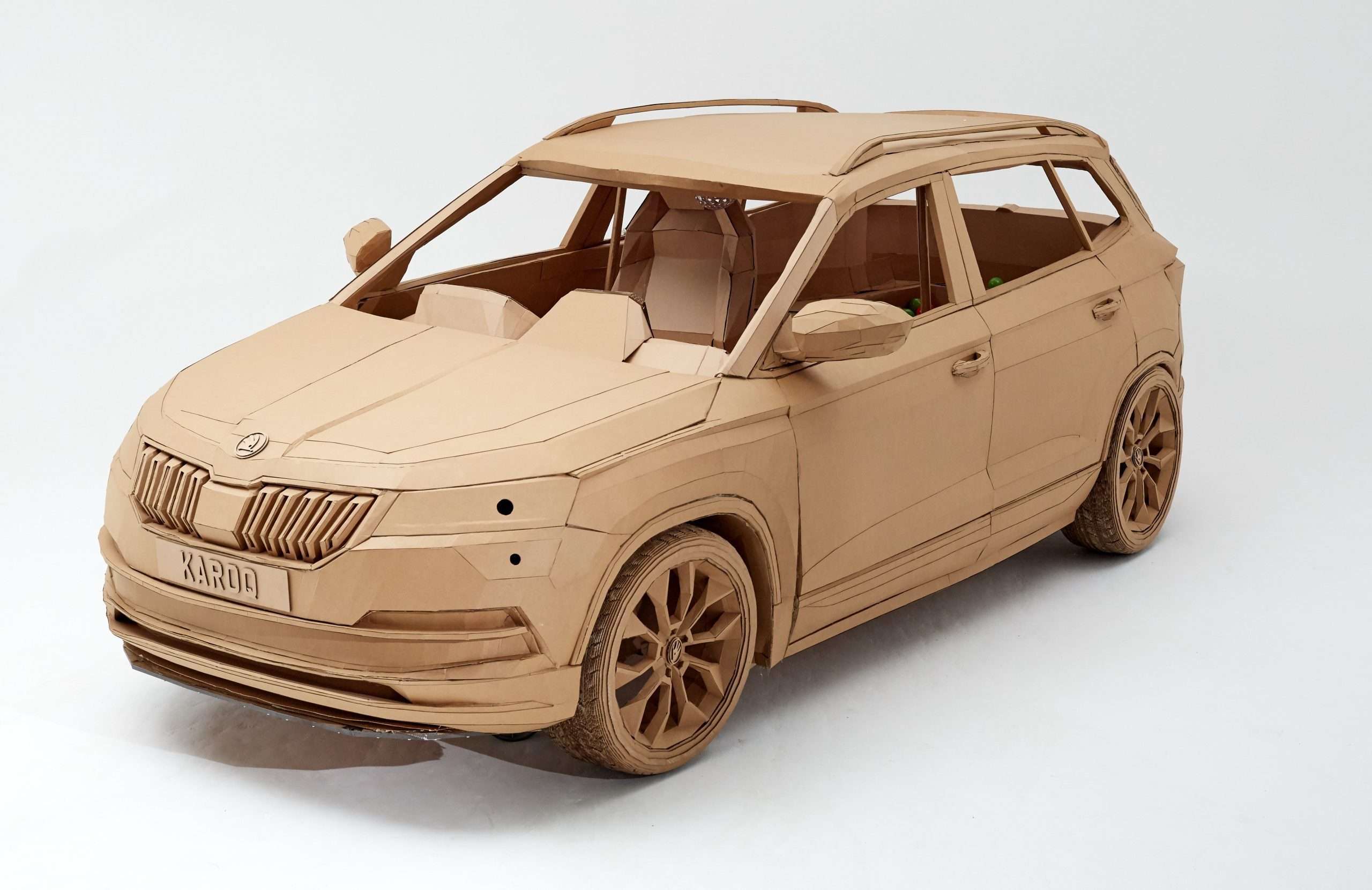 The cardboard creation took 10 weeks to build and is exactly the same size as a real car- 4.4 metres long and 1.6 metres tall. 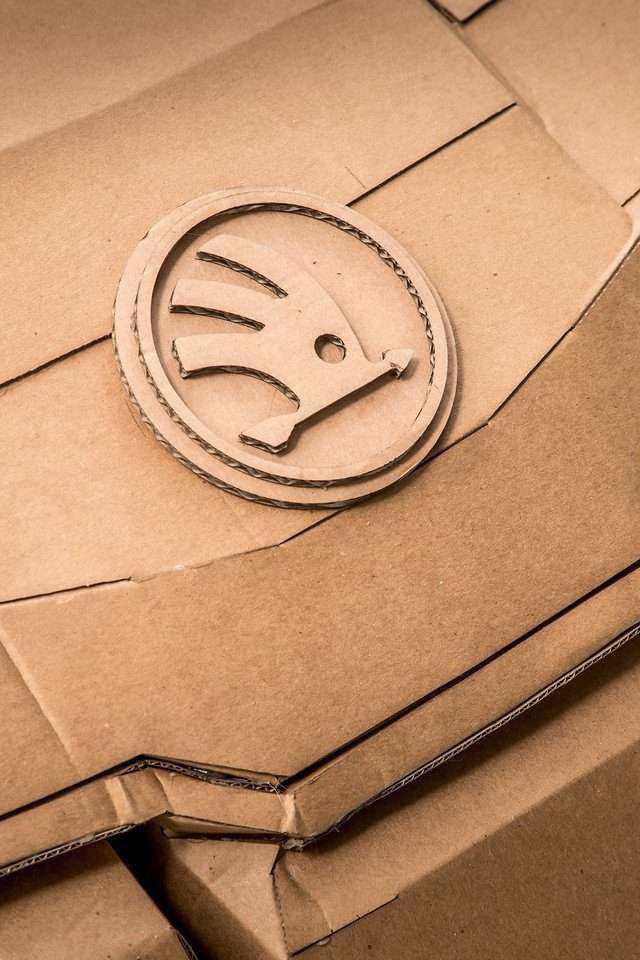 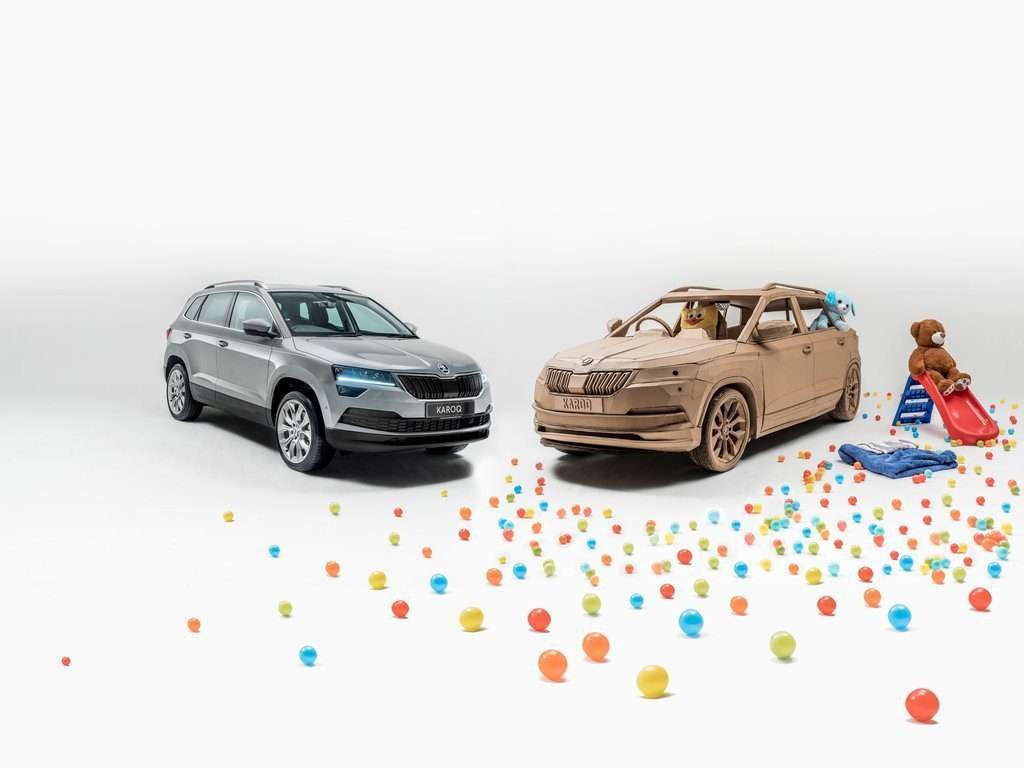 The interior consists of a kids design dream. As the ‘kid karoq’ was being used to promote the car and the fact it was to be dubbed as the ‘world most friendly car’ the interior of the cardboard creation needed to suit and appeal to the kid in everyone. It was representing the Karoq and its launch so quality had to be of the utmost importance. The experience of the cardboard car was almost as important as the creation itself as the ideology behind the statement piece was to showcase the SUV as the ‘world’s most kid friendly’ car.

A survey headed by Skoda asked 1,000 under 11’s what they would pack into their perfect car. Among the highest polling features were the ability to play music of their choice (42.5%), a tablet to play and stream programmes on (67.6%), and an integrated movie projector (35.4%) – perfect for watching family favourites.

Given the result and the brief to make it ‘child friendly’ it was decided to include everything that a child would dream of and more!

Inside, the Kid Karoq has all the features highlighted in the survey – plus some additional goodies. Mini-motorists can climb into a hand-crafted driver’s seat and play with a portable games console that has been installed into the dashboard display.

The cardboard centre console also houses a digital tablet that controls a set of wireless Canton speakers, and mirrors many of the features found in the real Karoq’s 9.2-inch Columbus infotainment system; meaning kids can choose the music without pesky grown-ups changing the track. In the absence of the LED ambient lighting found in the real Karoq, children can dance the day away under a multi-coloured disco ball. 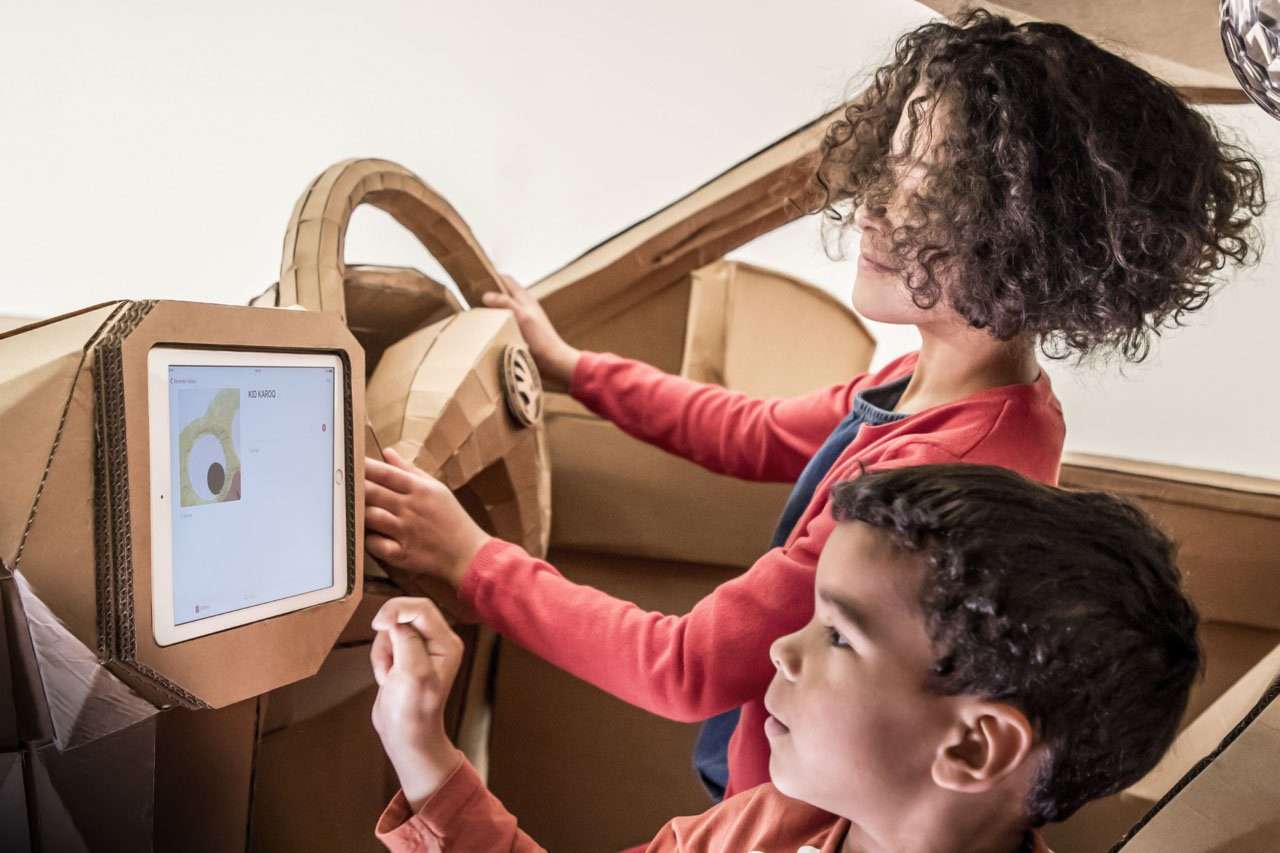 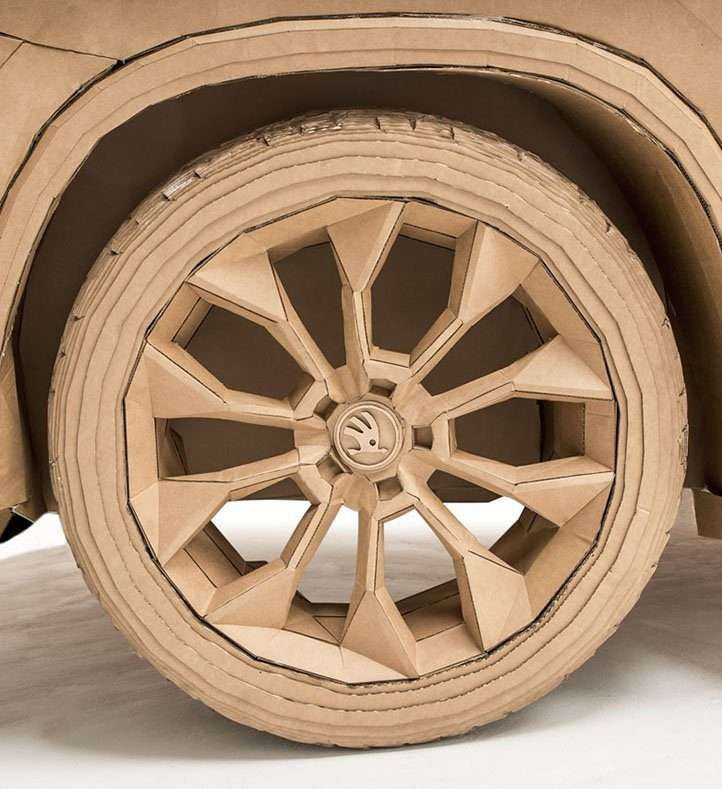 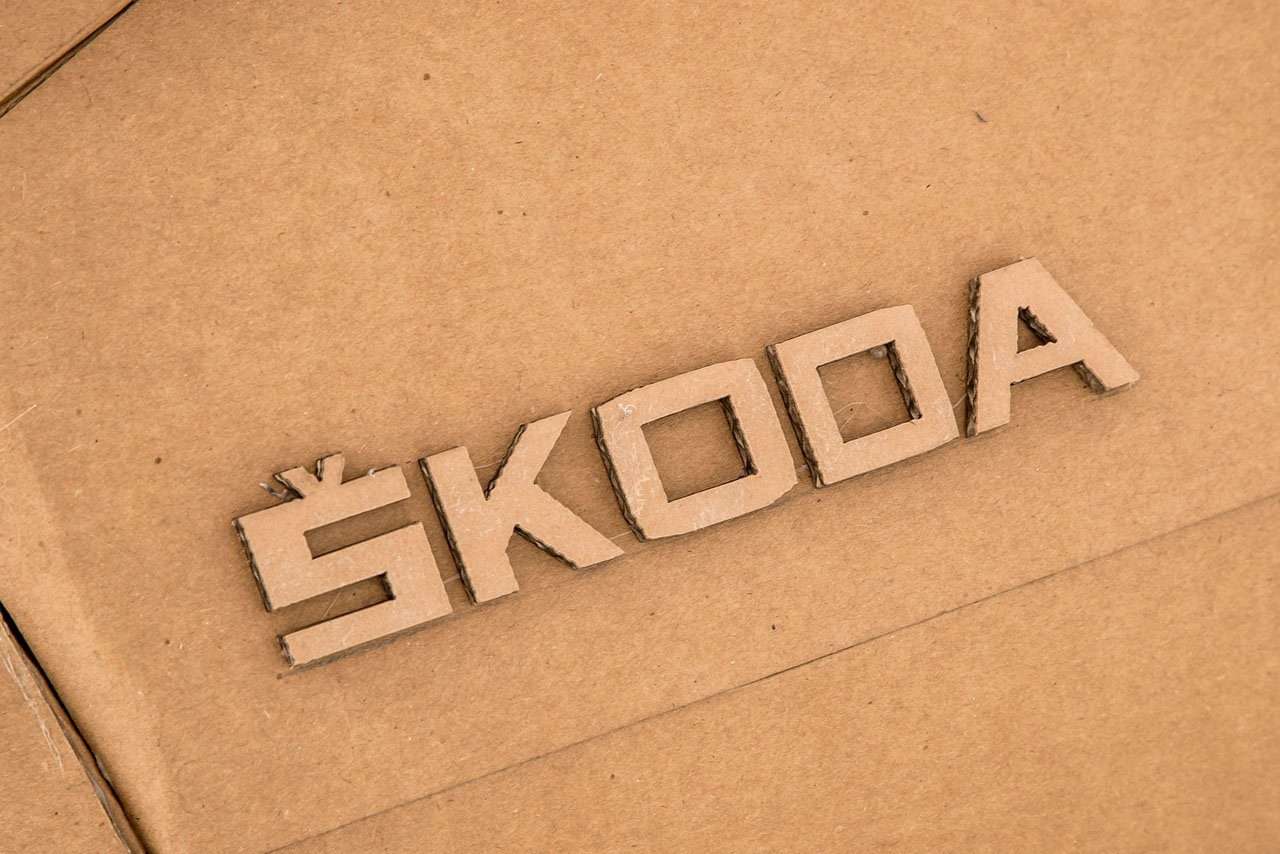 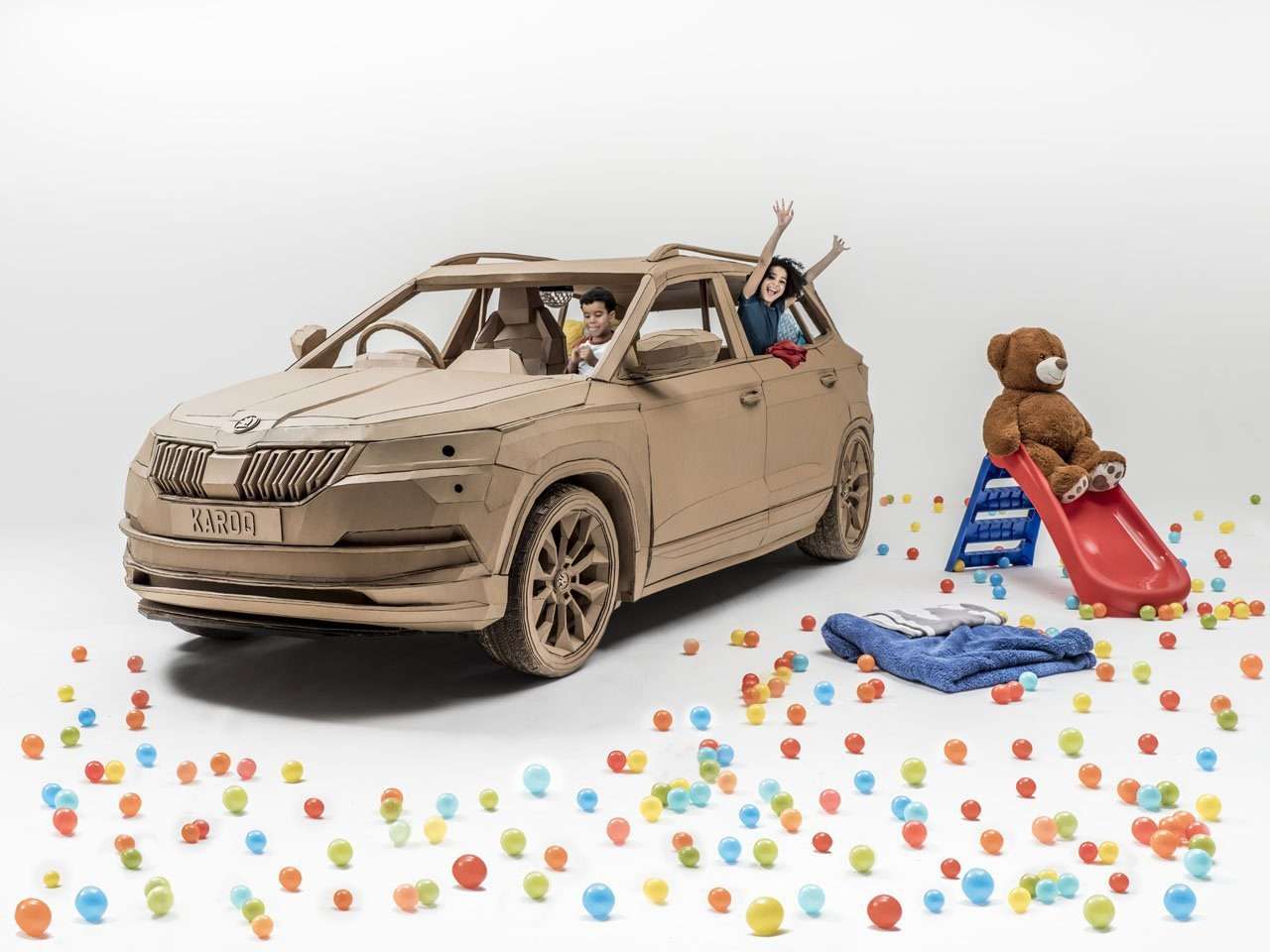 A slide and ball pit takes pride of place in the Kid Karoq, containing over 1,500 balls – the precise number of balls that fit into the real Karoq’s cavernous 1,810 litre boot space. Other features include WiFi hotspot, a film projector, play-time bean bags and a toy box. The design team even managed to create a secret den underneath the bonnet where children can keep an eye on the outside world through cleverly disguised spy holes.

Combination of imagination and expertise

The cardboard creation took 10 weeks to build and is exactly the same size as a real car- 4.4 metres long and 1.6 metres tall.

Not only did the Karoq have to stand out from the launch of a sea of brand new cars, it needed to steal the show. The design and quality of the Kid Karoq was impeccable but the real piece de resistance was the combination of the imagination and expertise of the use of the material that was executed.

The brand statement piece was toured around Europe to represent the car company at various international car shows and was the star of its own publicity campaign. It was included in numerous advertisements which shows 2 children interacting with the creation as it was intended to be used for originally.