Recover E is the 1:1 replica of a Formula- E racing car. Originally commissioned to raise aware of the use of single use plastic and the problem of plastic pollution in conjunction with Envision Virgin Racing and Kids Against Plastic.

Created exclusively from single use plastic collected over a 2 year period by Kids Against Plastic, who are a charity organisation run by kids for kids who fight against plastic pollution. One of the main aims of the charitable organisation is to educate children about overcoming climate crisis and teach them to become ‘plastic clever’

With Lazerian always showing support for climate related issues as well as positively seeking to make changes within the art and design world, it seemed a natural fit to create the plastic replica formula E car and to work with other organisations whose values and goals match our and can put this important issue on a global stage. 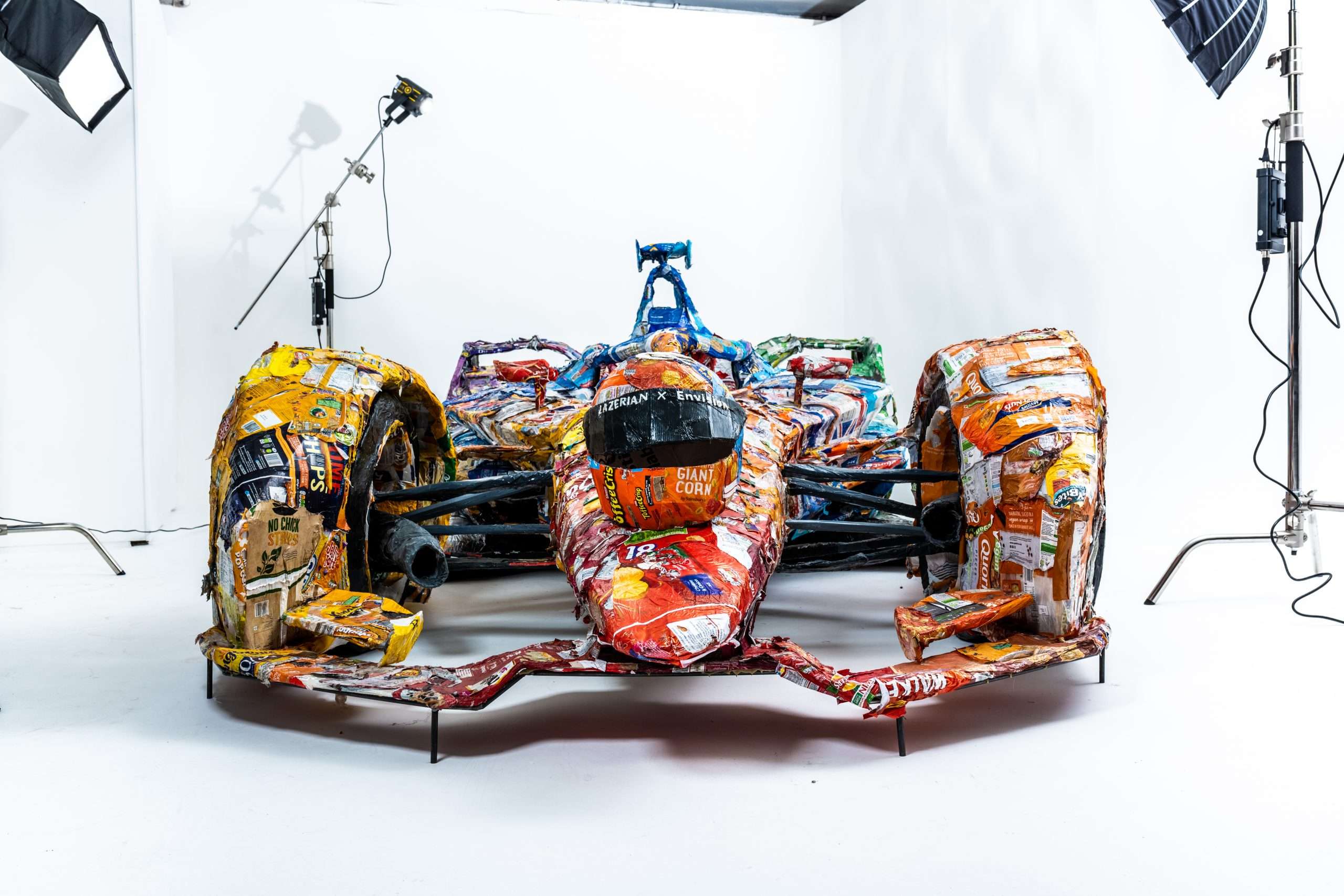 Over 100kg of single use plastic was used in the making of the car. Each individual piece of petroleum plastic was secured to the frame of the car, which was also created from plastic.

It took over 700 man hours for the full production of the show-shopping, thought-provoking piece. Intricate placement of the pieces collected were sorted and positioned on the frame according to the colouration within the branded discarded plastic.

Three years since the European Parliament voted for a total ban on plastic cutlery, cotton buds, straws, drink stirrers and plates, Plastic Oceans estimates that 10 million tonnes of plastic are dumped into the oceans each year. Figures show the world produces more than 380 million tonnes of plastic annually, and up to 50% of that is for single use.

With statistics like this it is necessary to be bold and show the world that although we shouldn’t have single use plastic, we obviously do and will continue to do so. However instead of dumping it in landmines and damaging the planet we call home, we can be creative, raise awareness and create and make use of previously unusable single-use waste. 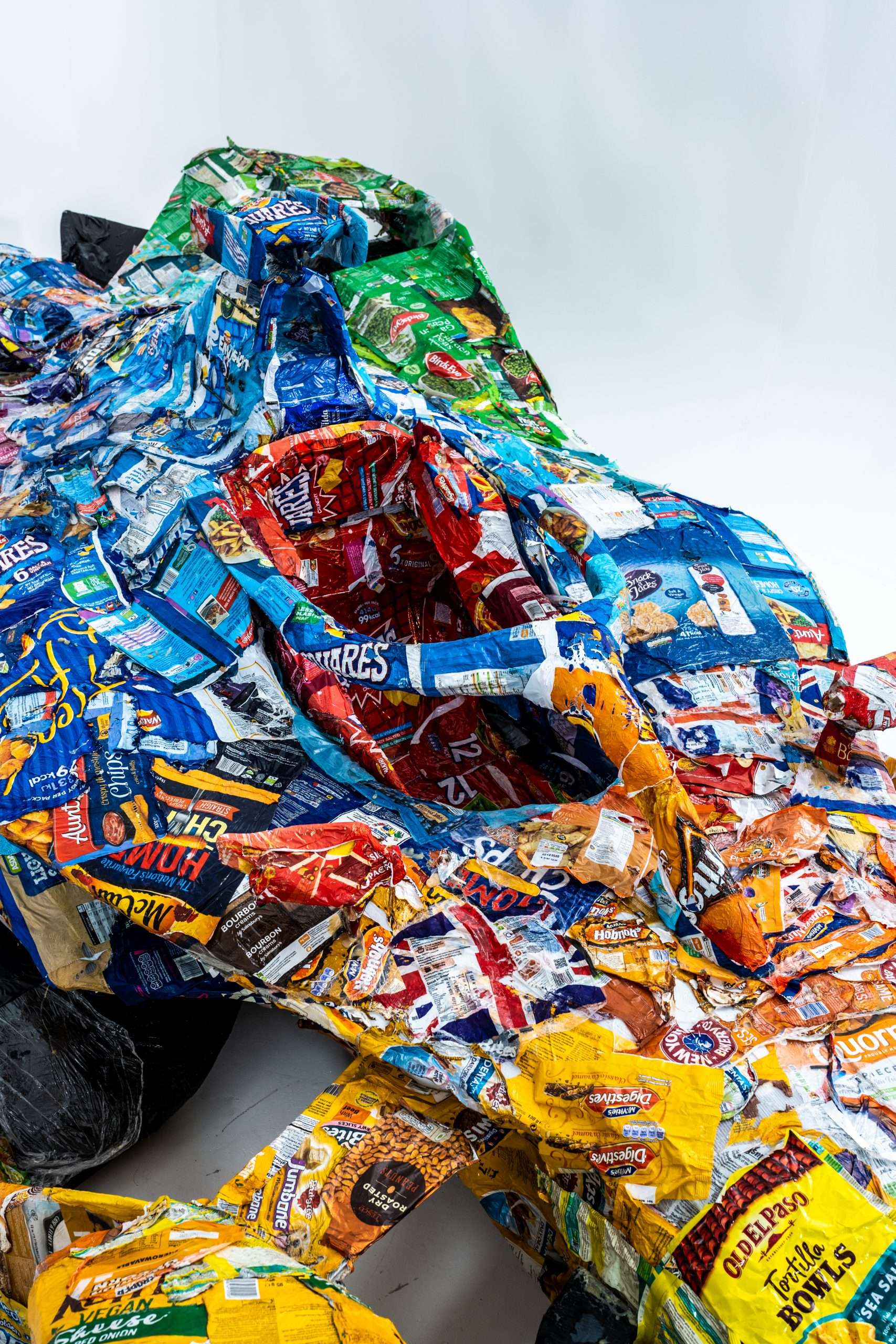 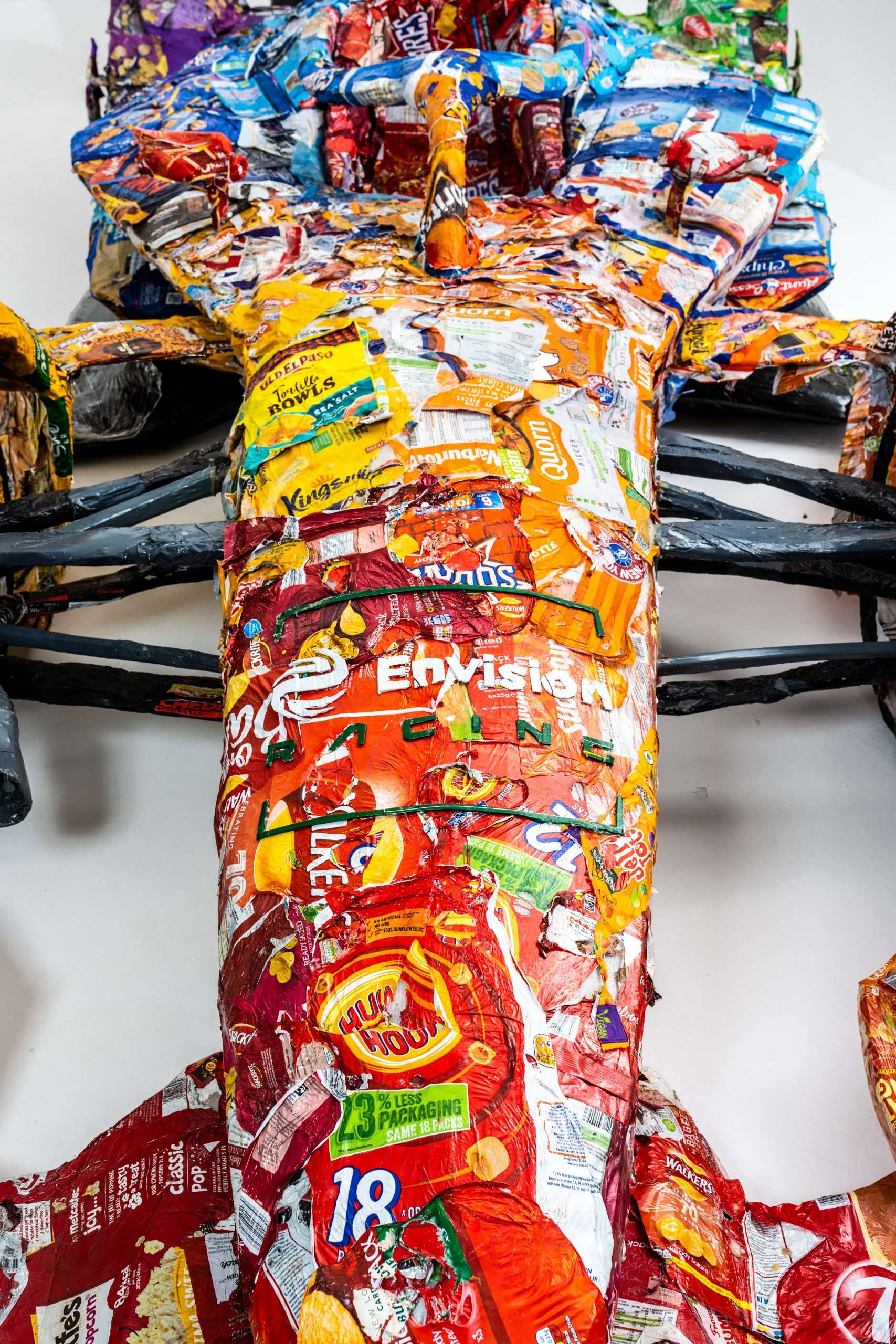 "Plastic has long been regarded as a villain when it comes to the environmental efforts of economies across the globe. Billions of tonnes of plastic waste are estimated to have been produced, with only a small percentage being recycled. Calls to tackle the plastic problem have led to a raft of green initiatives and the emergence in recent years of sustainable packaging solutions aimed at tackling plastic waste, such as the UK's imminent plastic packaging tax. The time for action is now and the fantastic efforts of young people such as Kids Against Plastic show the next generation is driving the race against climate change." Envision Virgin Racing MD and CTO Sylvain Filippi 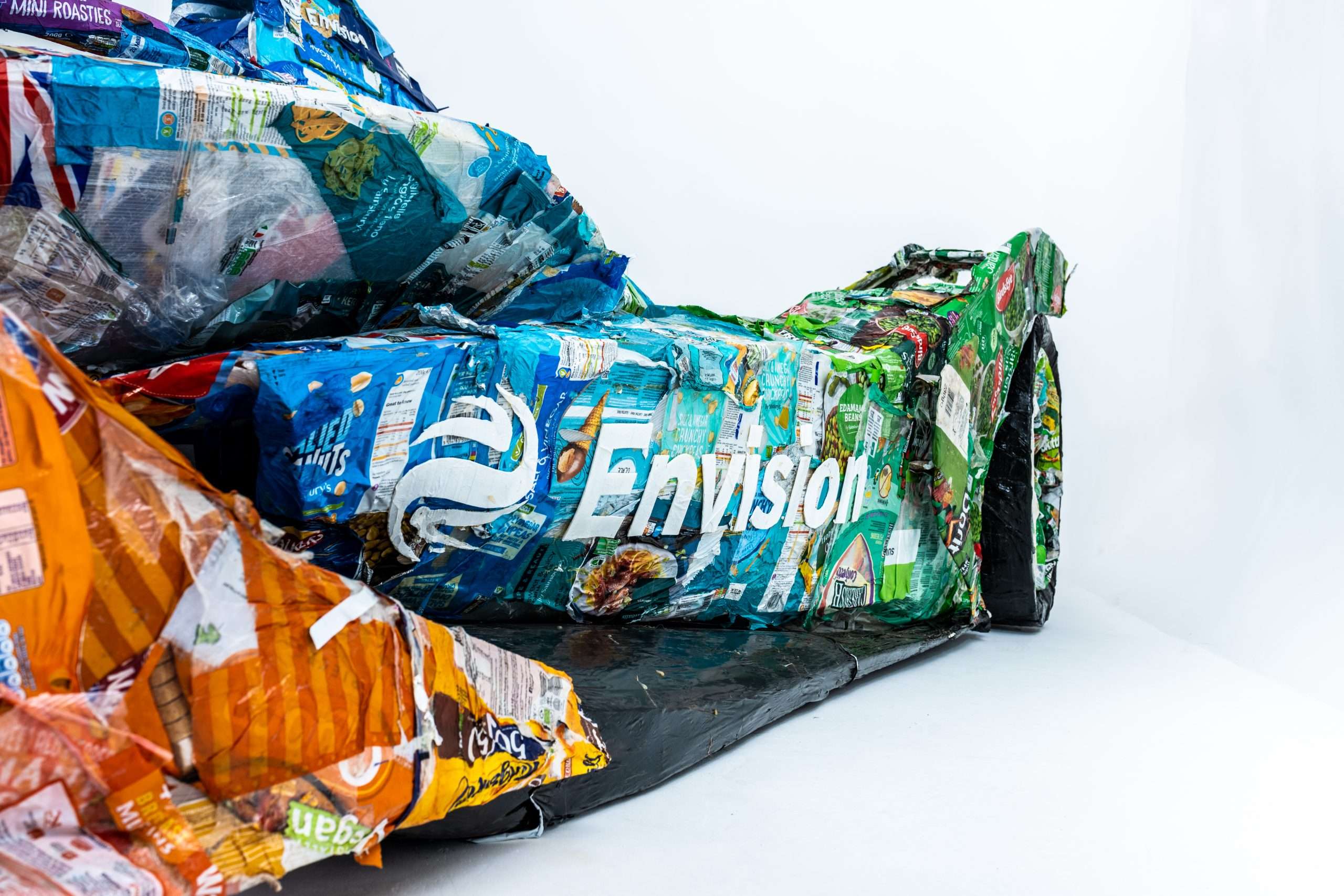 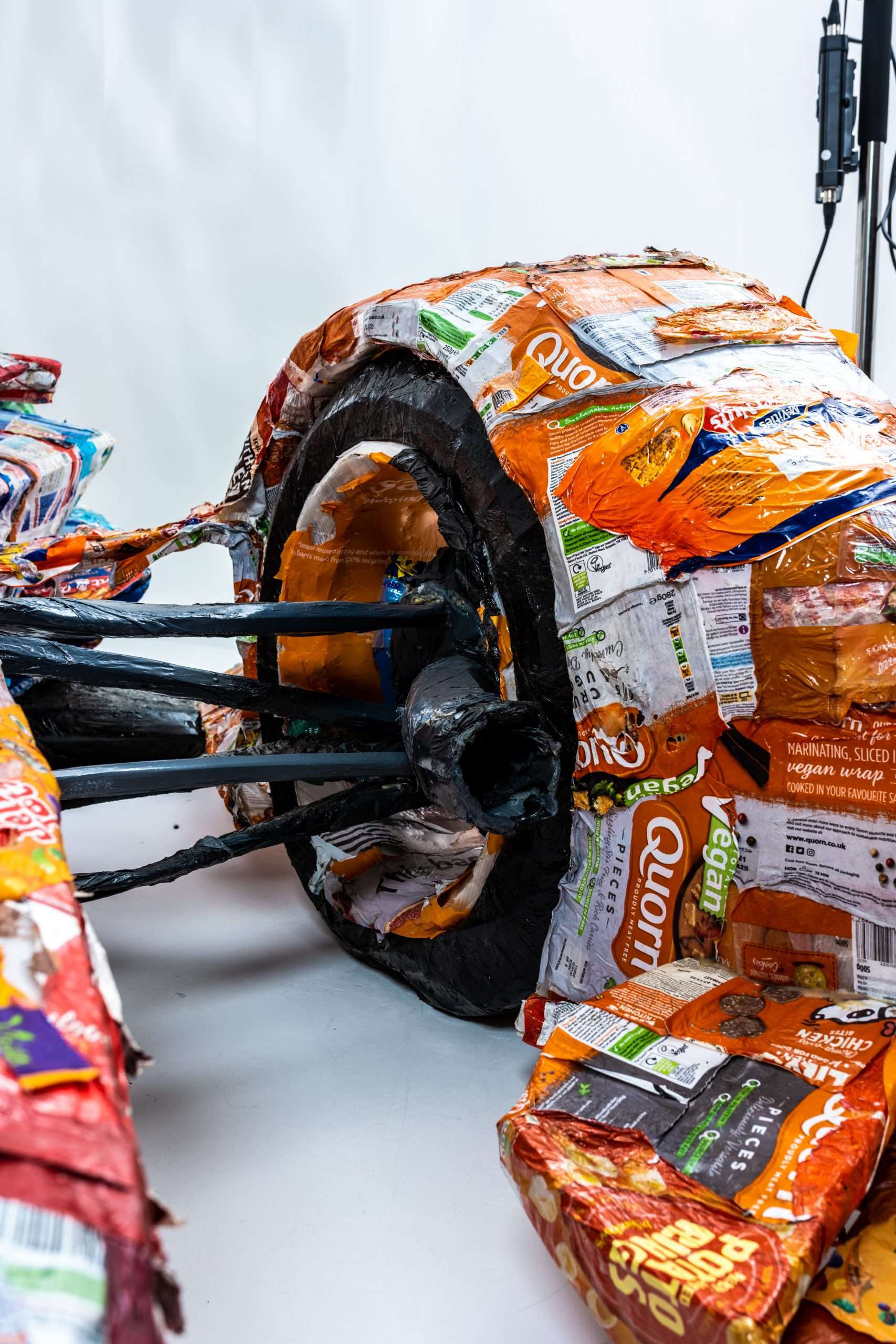 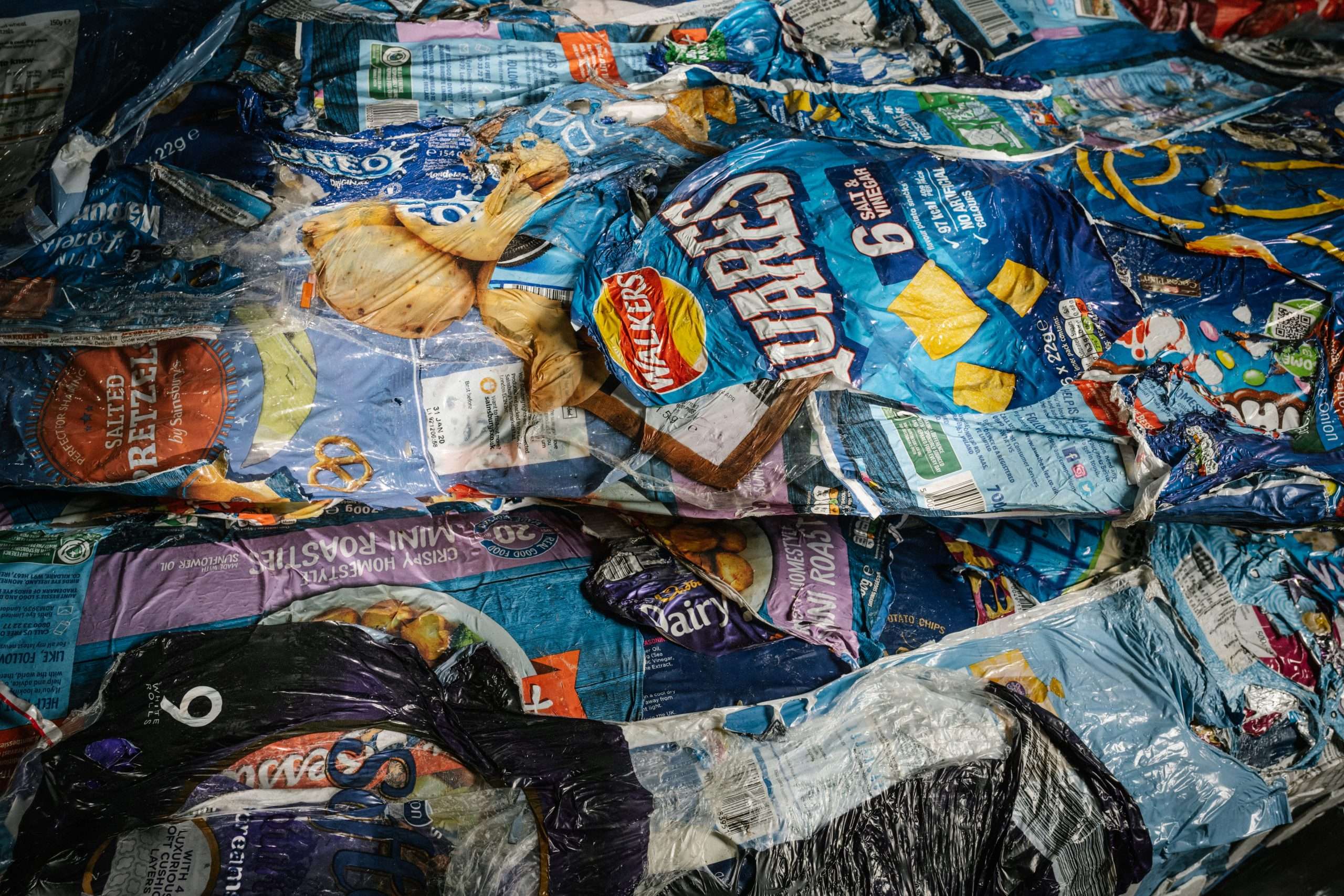 The plastic formula e car was centre stage and a source of inspiration for world leaders from politics, business and even royalty at COP26 in Glasgow. Highlighting the need for rapid action against plastic pollution as well inspiring visitors to act against climate change.

The replica plastic formula e car was also featured on BBC One’s The One Show on 4th November 2021 calling attention to the role plastic plays in the race against climate change and encouraging pledges as part of Envision Racing’s Sustainable Chain. 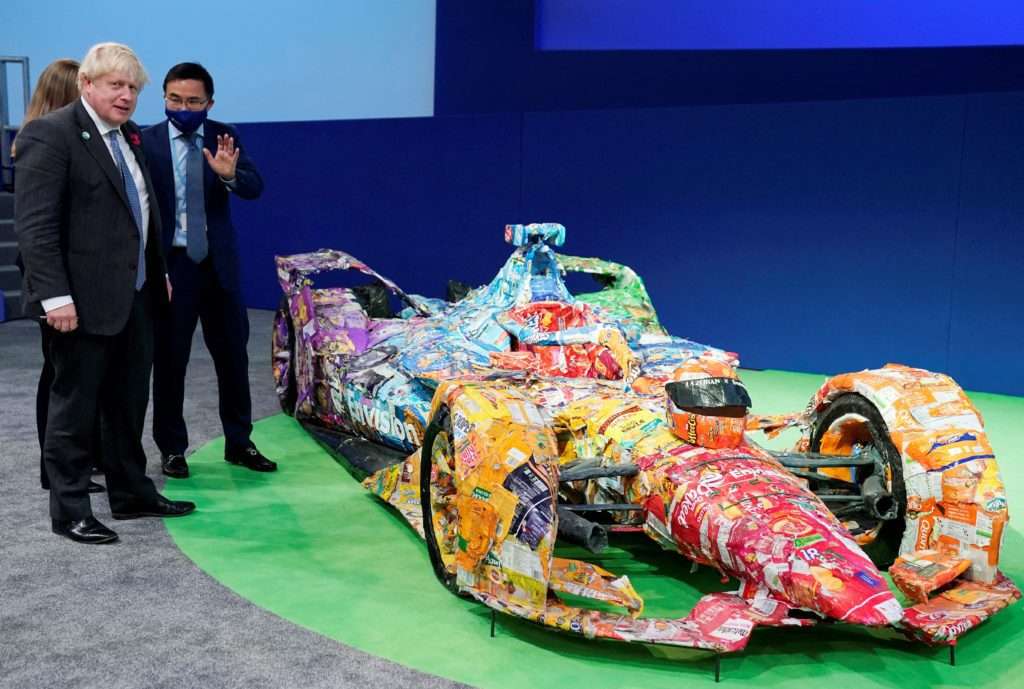 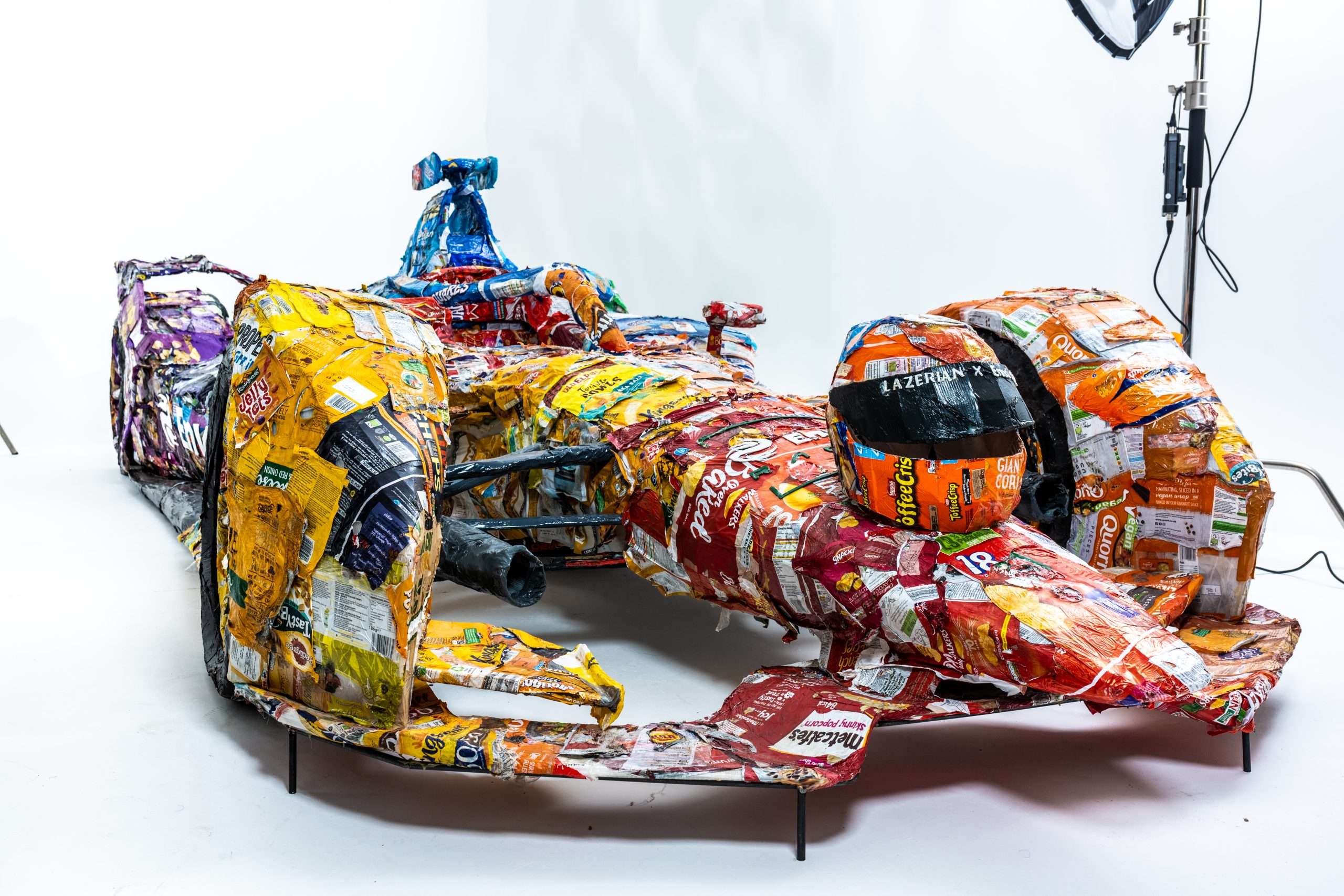 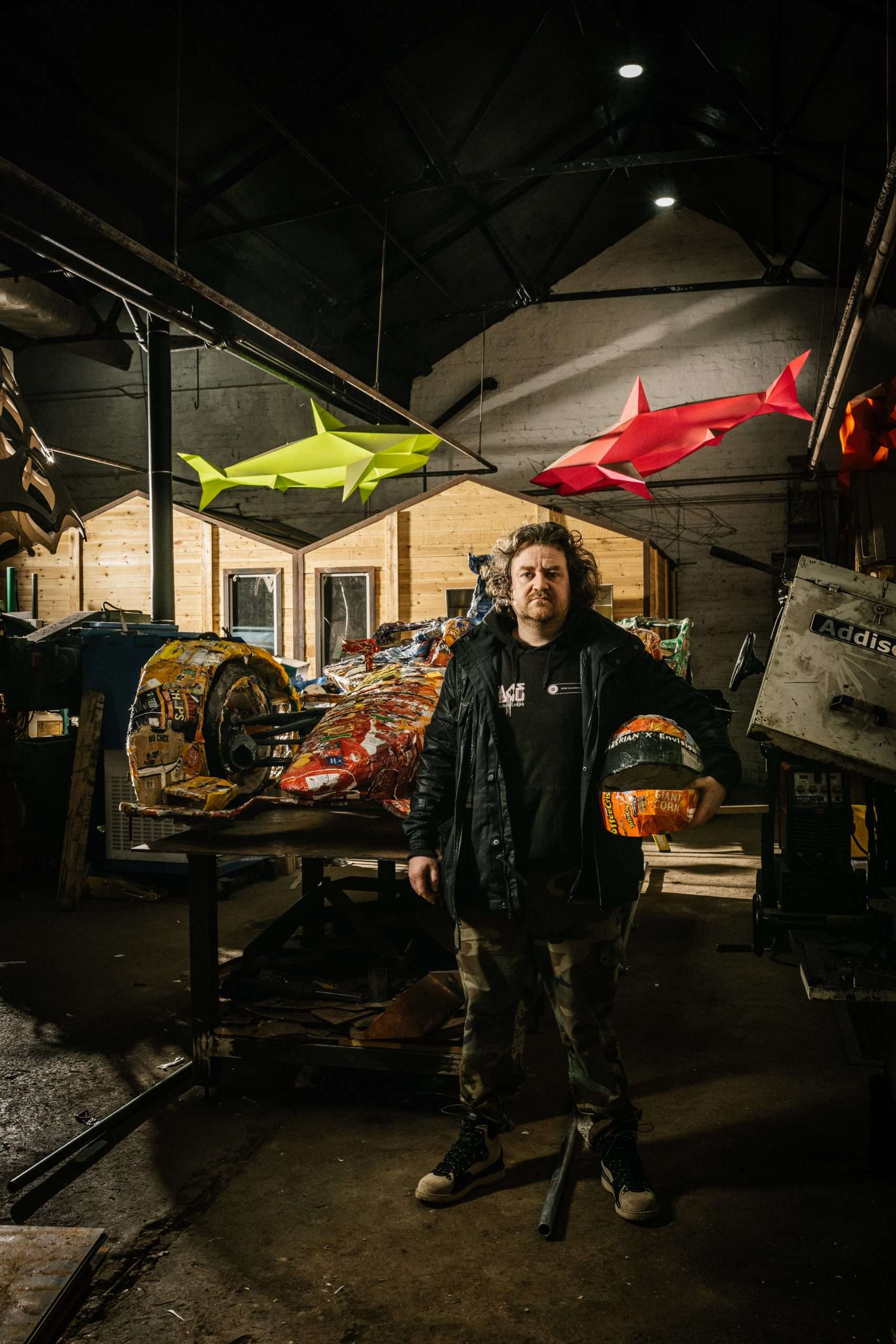