A ‘Celebration of Polar Bears’ is an enchanting, seasonal installation that is the centrepiece of First Street, a vibrant neighbourhood situated in Manchester City Centre.

The three life-sized polar bears are positioned in the exterior area of Tony Wilson Place. With thousands of stunning lights around the faceted forms of the bears it certainly bring a festive ambiance to the area.

The custom-built sculptures will allow visitors to take in the magical atmosphere of First Street thus creating a Winter Wonderland in the heart of the city centre. 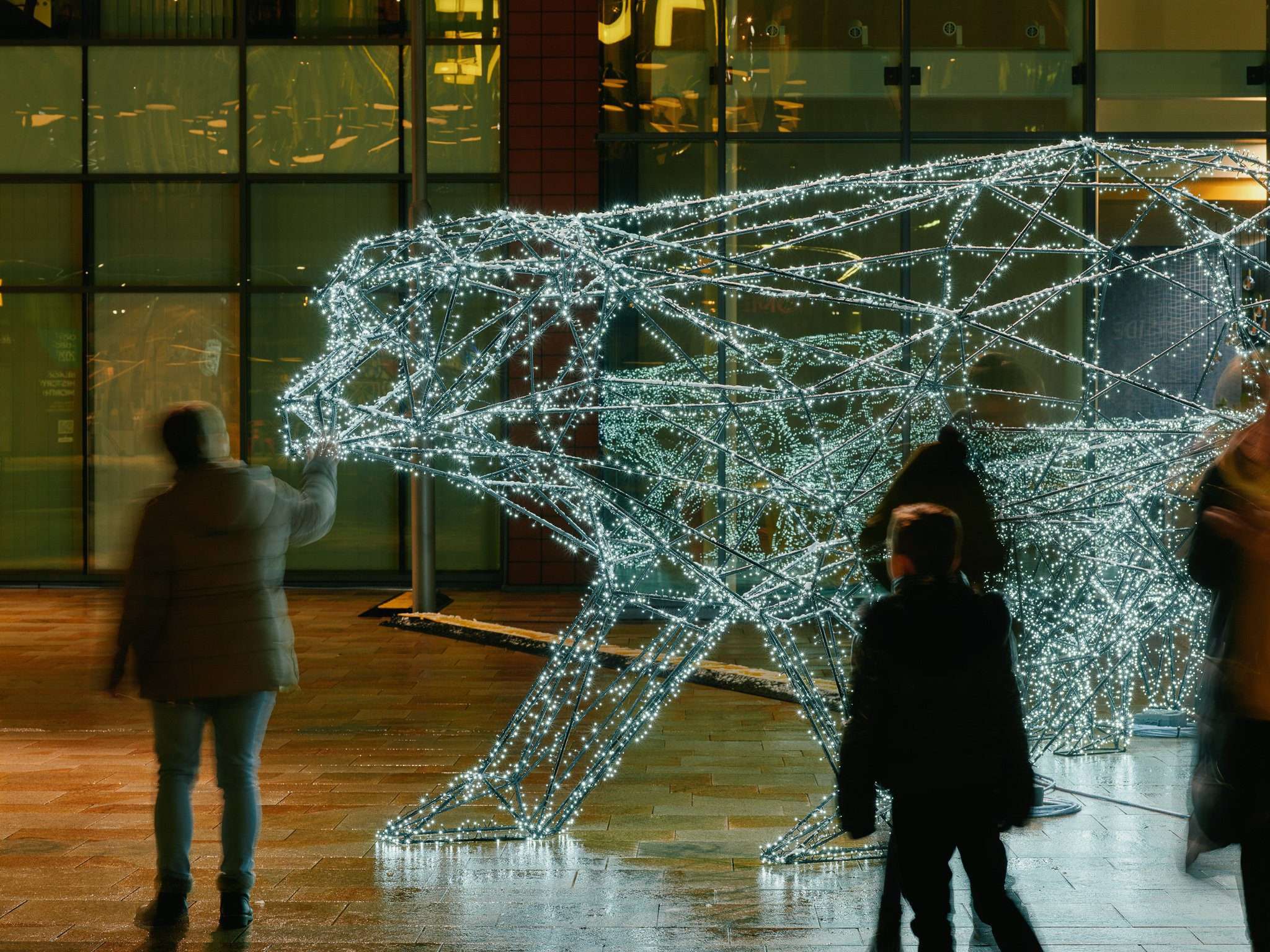 The visual light installation consists of 3 life size bears that glow and form intriguing shadow formations due to the structure of the polar bear forms. Designed in a way to represent the polar bear gigantic form but also highlight the fragility of the species. Due to the destruction of their habitats, (now proven to be partly due to global warming) the polar bears are listed as vulnerable to extinction by the International Union for Conservation of Nature (IUCN)

The largest sculpture is 5m long, almost 2m wide whilst being 2.5m tall. This piece is flanked by two smaller versions within the vicinity of the area. The trio represent family and the togetherness of Christmas, with the polar bear symbolism representing strength and endurance as well as acceptance and surrender.

The naming of the installation derives from the definition, ‘a group of polar bears, brought together as a community by good food.’ This is also a source of inspiration for the piece as well as the animals characteristics. With First Street primarily being a hub of activity with a compelling blend of culture, alongside its multiple bars and restaurants it seemed the natural habitat for these custom made bears. First Street is also working to deliver net-zero commercial space, which polar bears and the melting of the ice caps have also become synonymous with. 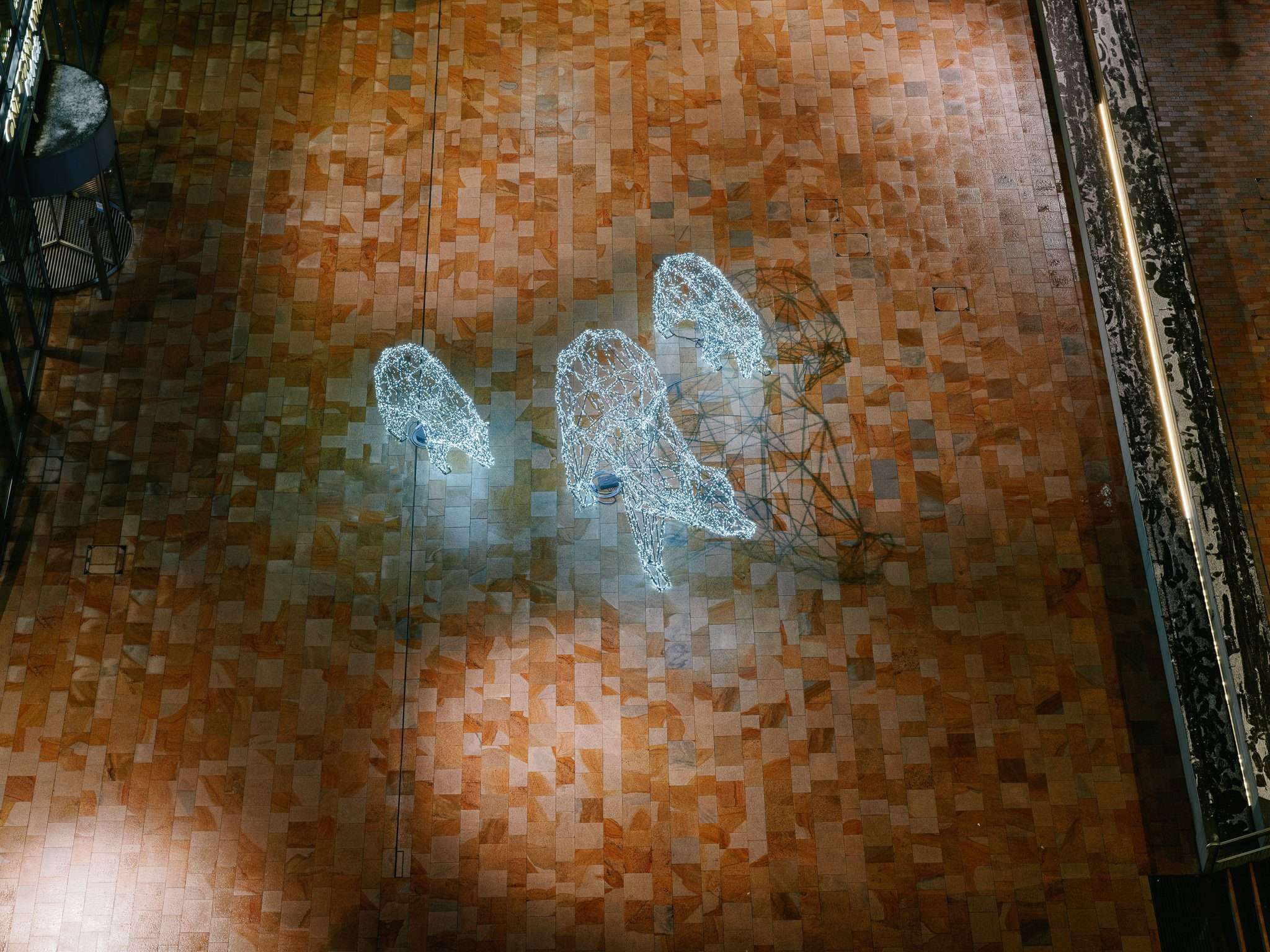 Working with First Street to create a installation that celebrates culture, community and sustainability was an important factor for this project.

With a sustainability pledge that started in 2018, First Street have established itself as a leading and proactive driver for positive change playing a part in the wider vision for Manchester to become a carbon neutral, climate-resilient city region.

It was important to combine the visual aesthetics needed for a showstopping eye-catching piece as well as highlight the sustainability pledge. With ‘Celebration’ being created out of recycled materials and Lazerian being established as a sustainable forward thinking practice it was the perfect Christmas creation.

Celebration of Polar Bears will be on display at First St, Manchester throughout the festive season. 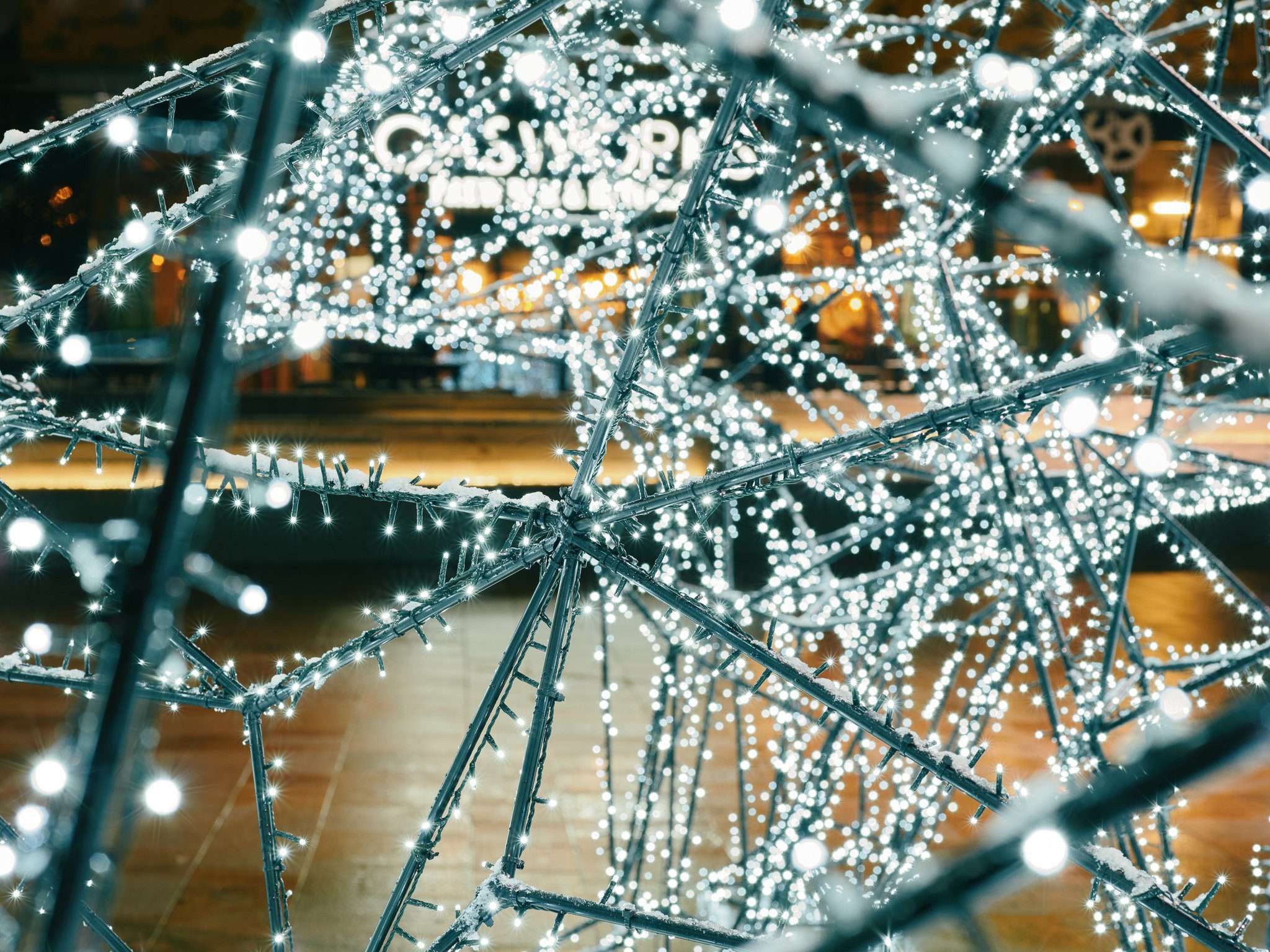 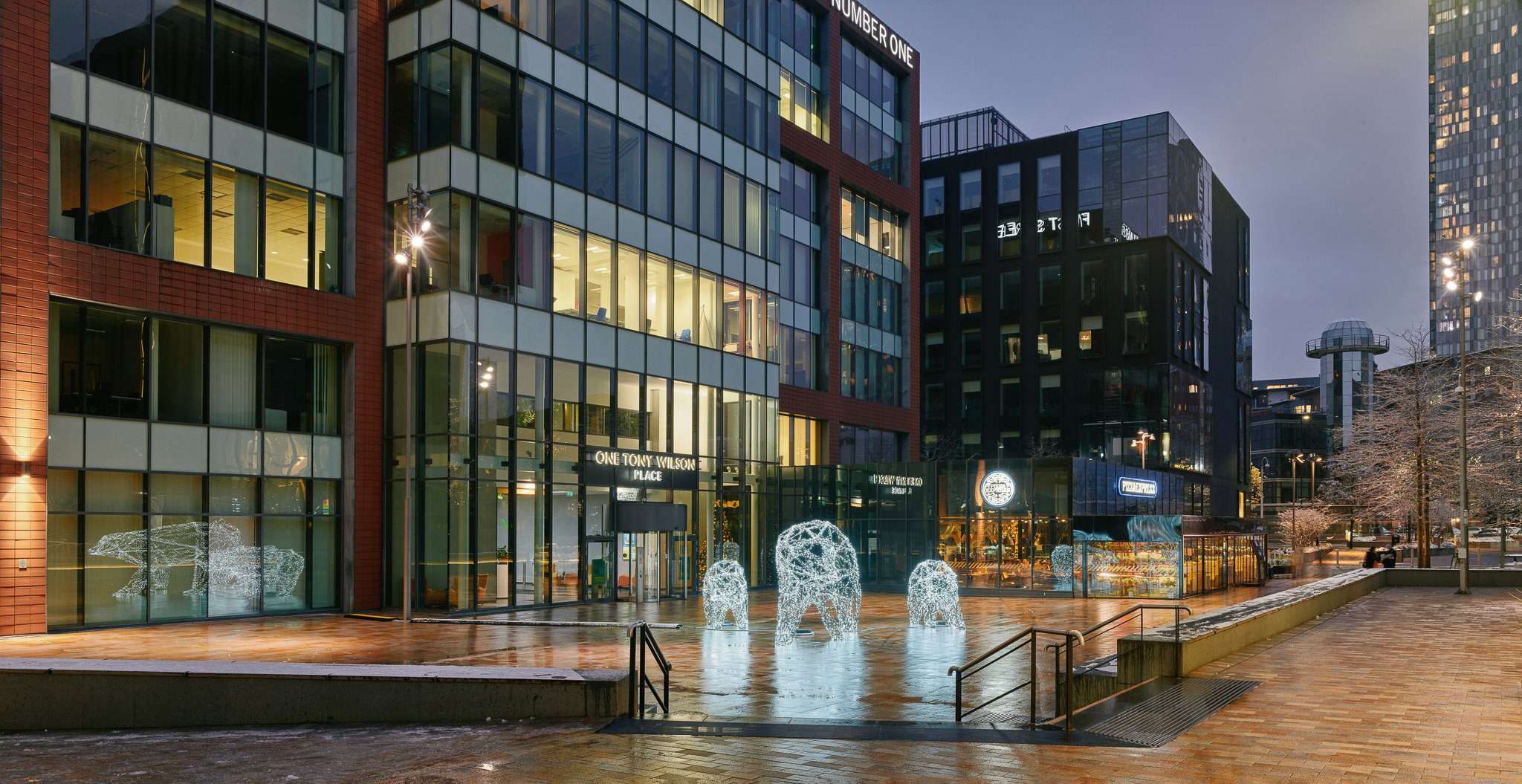 It’s been great to collaborate with First Street on this installation. ‘Celebration’ was born out of the idea to celebrate culture, sustainability, and the social side of First Street. With ecological issues always being such a substantial cause of inspiration at Lazerian and the studio wanting to work positively and in harmony with our earth it’s been encouraging to work alongside such a prominent Manchester neighbourhood with sustainability at its core. 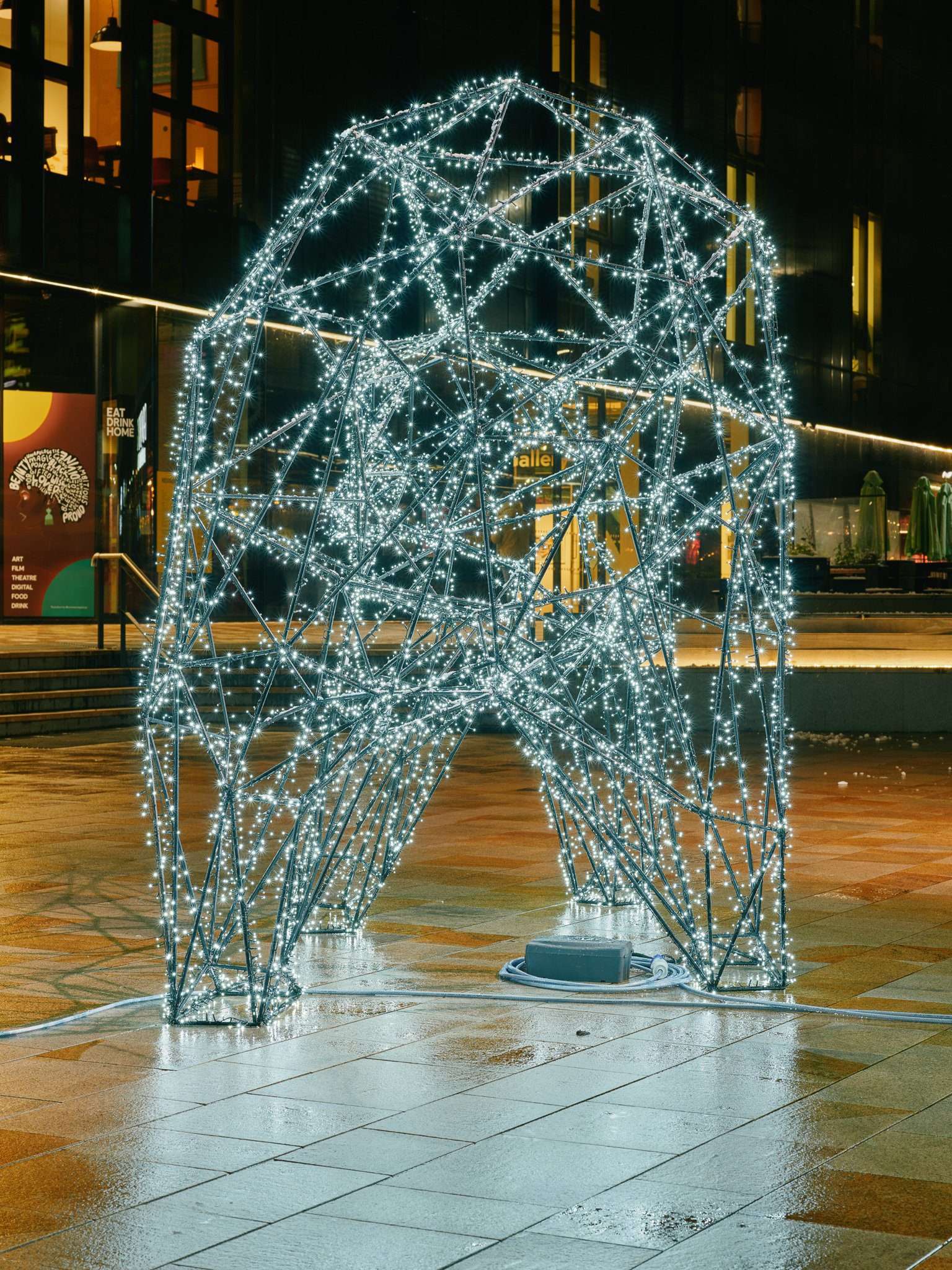 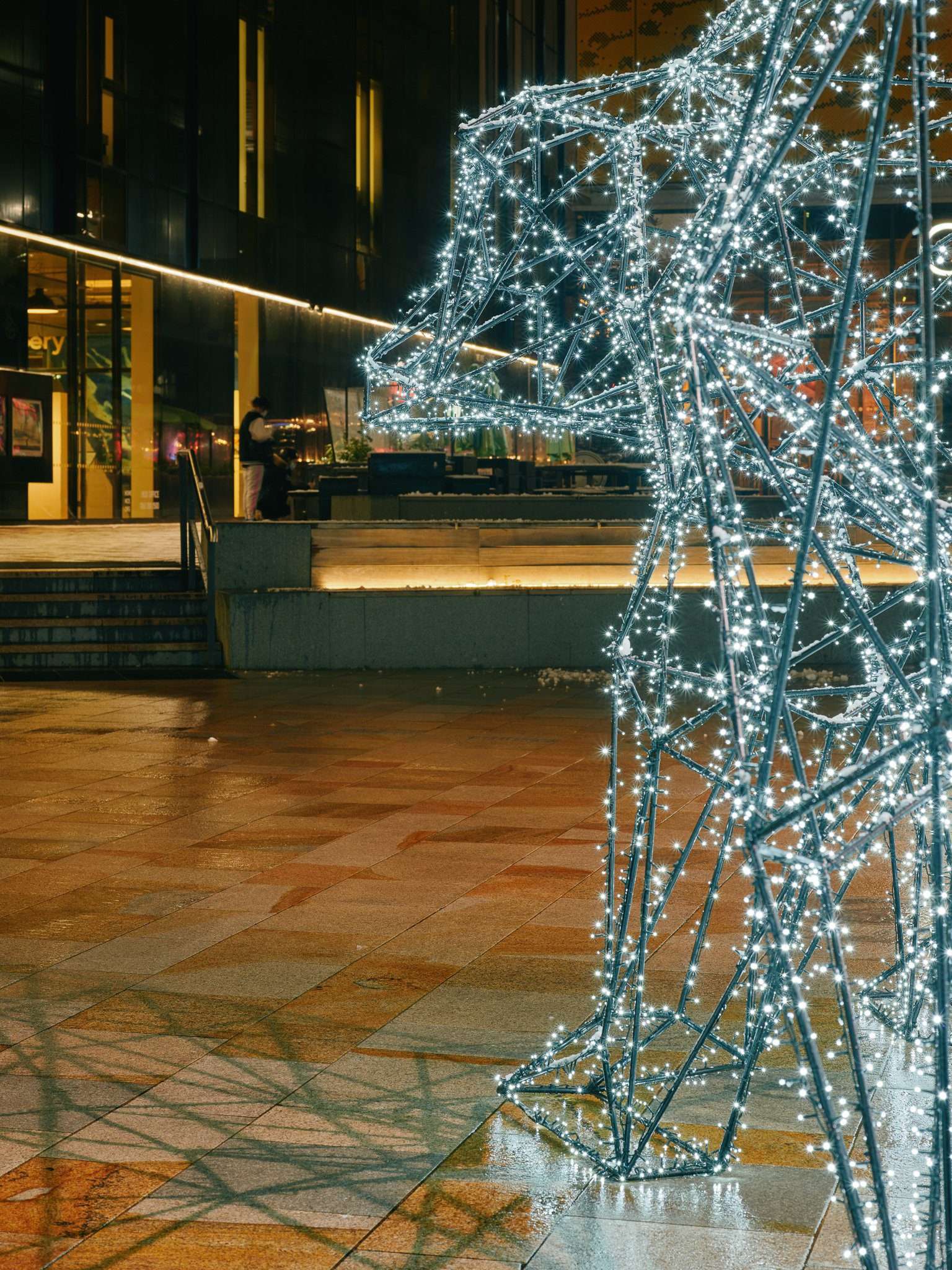 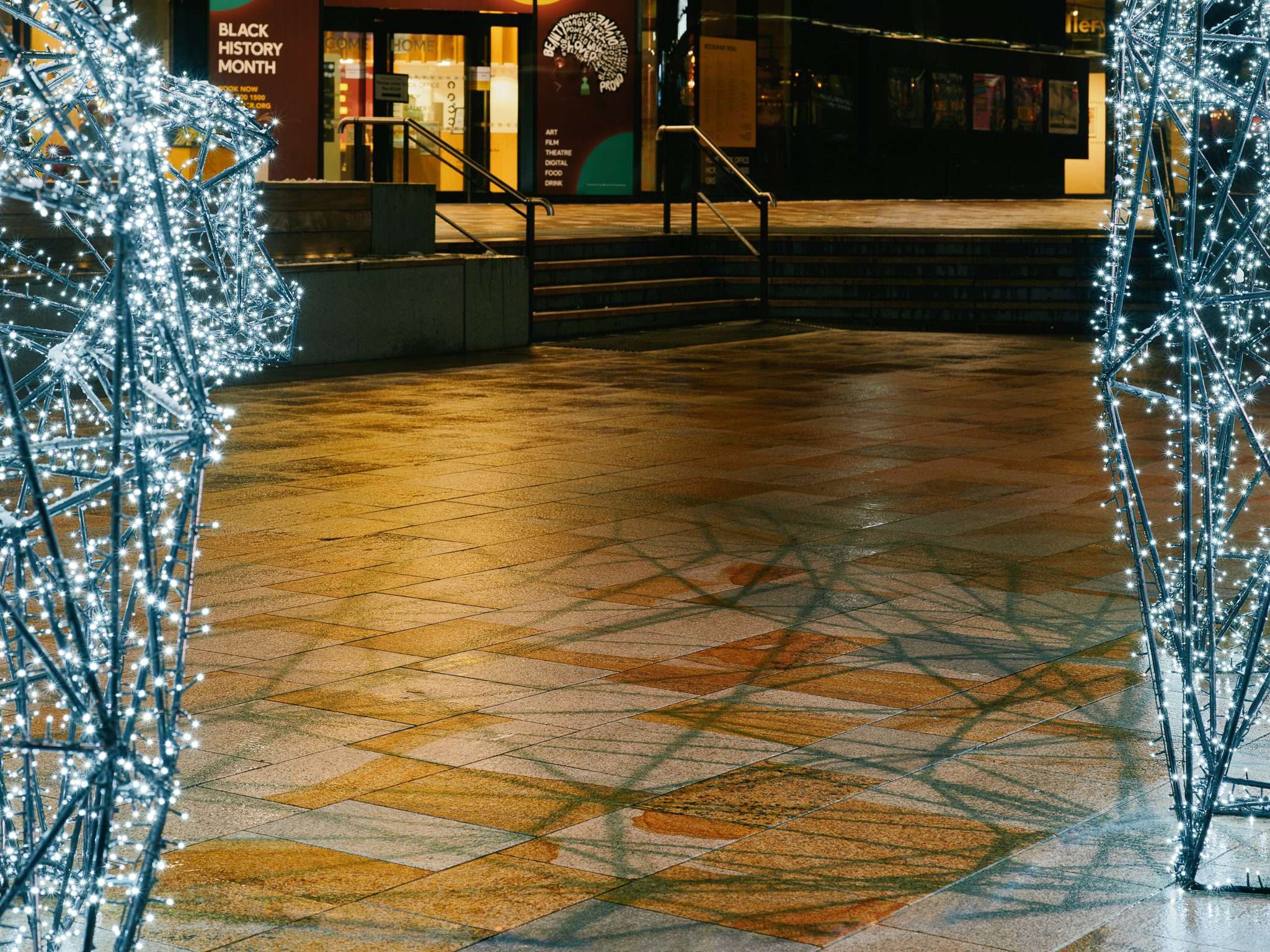 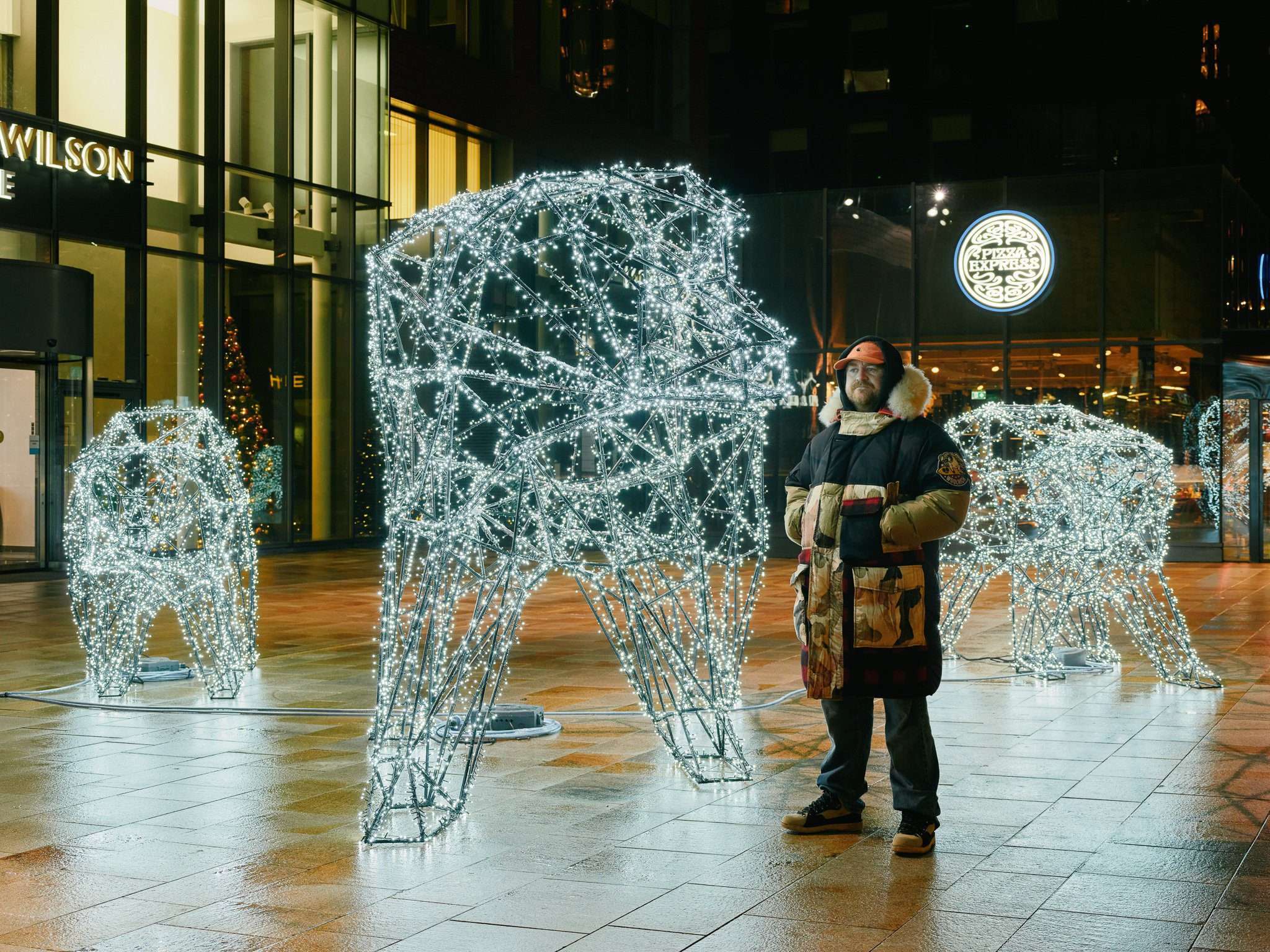