“Painting a quasi-gemstone-like texture on Gerald, I tried to imagine where one might expect to see him in the Mineral Room at the Natural History Museum – gleaming geometrically in all his three-dimensional glory. While painting Gerald flat, I alternated between visualising two-dimensional planes and three-dimensional forms, contemplating ‘nets’ and how they transform into voluminous structures. I liked the idea of a mise-en-abyme effect, so I painted some perspectives on Gerald while in his two-dimensional state that would cause a world to appear beneath the surface of Gerald once he transformed into his three-dimensional self, almost as if he were a sentient doggy-shaped planet inhabited by tiny creatures, scurrying about their subterranean dwellings under an icy, crystalized crust.” 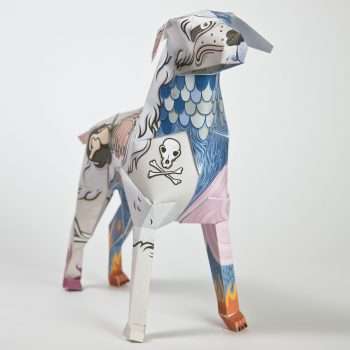 094 Garmr Gerald by The Great Escape 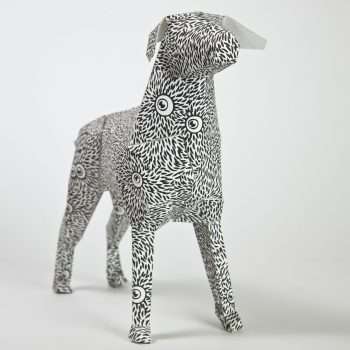 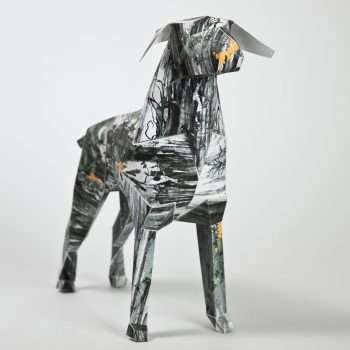 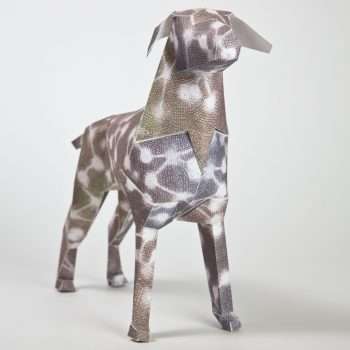