ALL CAPs is a 10 part photo comic-strip created from a collaboration between Benji Reid – a renowned Choreo Photolist (where theatricality, choreography and photography meet in a single or series of images) alongside leading art and design studio Lazerian. Both Manchester based creatives Liam Hopkins (Lazerian) and Benji Reid have started a mutually beneficial artistic partnership whereby both of their original and imaginative creations come together to tell a story.

The images shown are a preview of what’s to come with the release of a 22 image photographic comic strip which will be published later in the year. (Release date tba) A limited edition run of high quality printed images will feature in the publication who’s narrative is in tribute to British- American rapper/producer MF DOOM. The well respected artist recently passed away and was described as one of the scene’s “most celebrated, unpredictable and enigmatic figures”.

The London-born musician whose real name was Daniel Dumile, was known for his sharp, intricate rhymes and his signature mask, which he never removed in public. MF Doom was created from the dark places inside Dumile’s mind. His name was inspired from Dr. Doom in the Fantastic Four and Doom was seeking revenge on the hip-hop industry that took his brother. MF Doom was known as one of the most popular underground rap artist to this day. 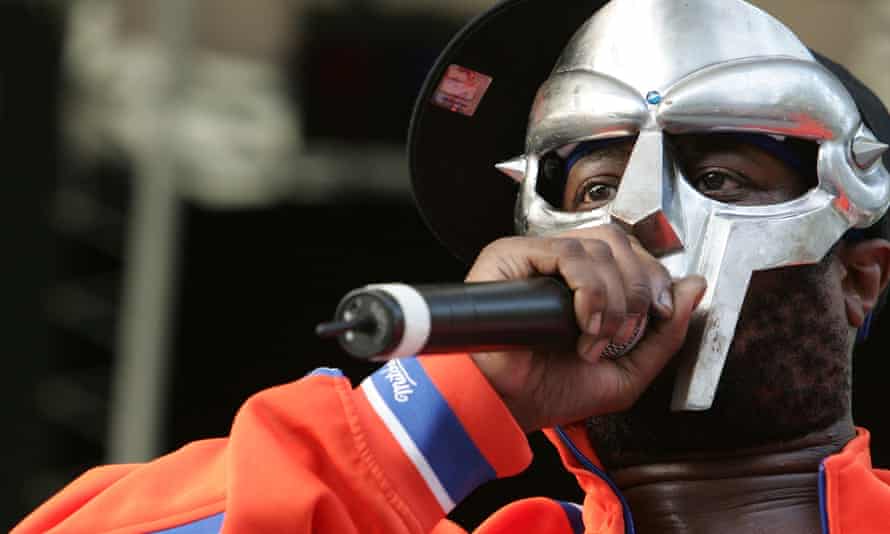 MF DOOM was a voice like no other, plundering and splicing pop culture to deliver willful, elliptical lines. He was a hip-hop genius who built his own universe of poetry.

Liam met Benji through a mutual friend and the connection was instant. Appreciation from both sides started a friendship and a hope of collaboration in the future.

As soon as Benji heard of MF DOOM passing he instantaneously knew some sort of tribute was necessary. With a deep respect and admiration for MF DOOM at the forefront of his mind, this made the need to create an artistic eulogy even more significant.

So 3 months after a chance encounter Benji knew the person who would be able to bring his musings to life. Liam got the call from Benji who explained what he envisaged. Benjis musings were brought to life mainly by fine-tuning the concept so they became workable objects.

The final result was a geometrical body warmer and matching shorts created using cardboard. The idea was to enable a boombox to almost impale the body of the person wearing the creation. An added touch of a mask was an accomplished addition which paid tribute to MF DOOM and his stage persona.

His understanding of capturing so much energy and narrative in a frozen moment is something I instantly respected. Liam Hopkins, speaking about Benji Reid. 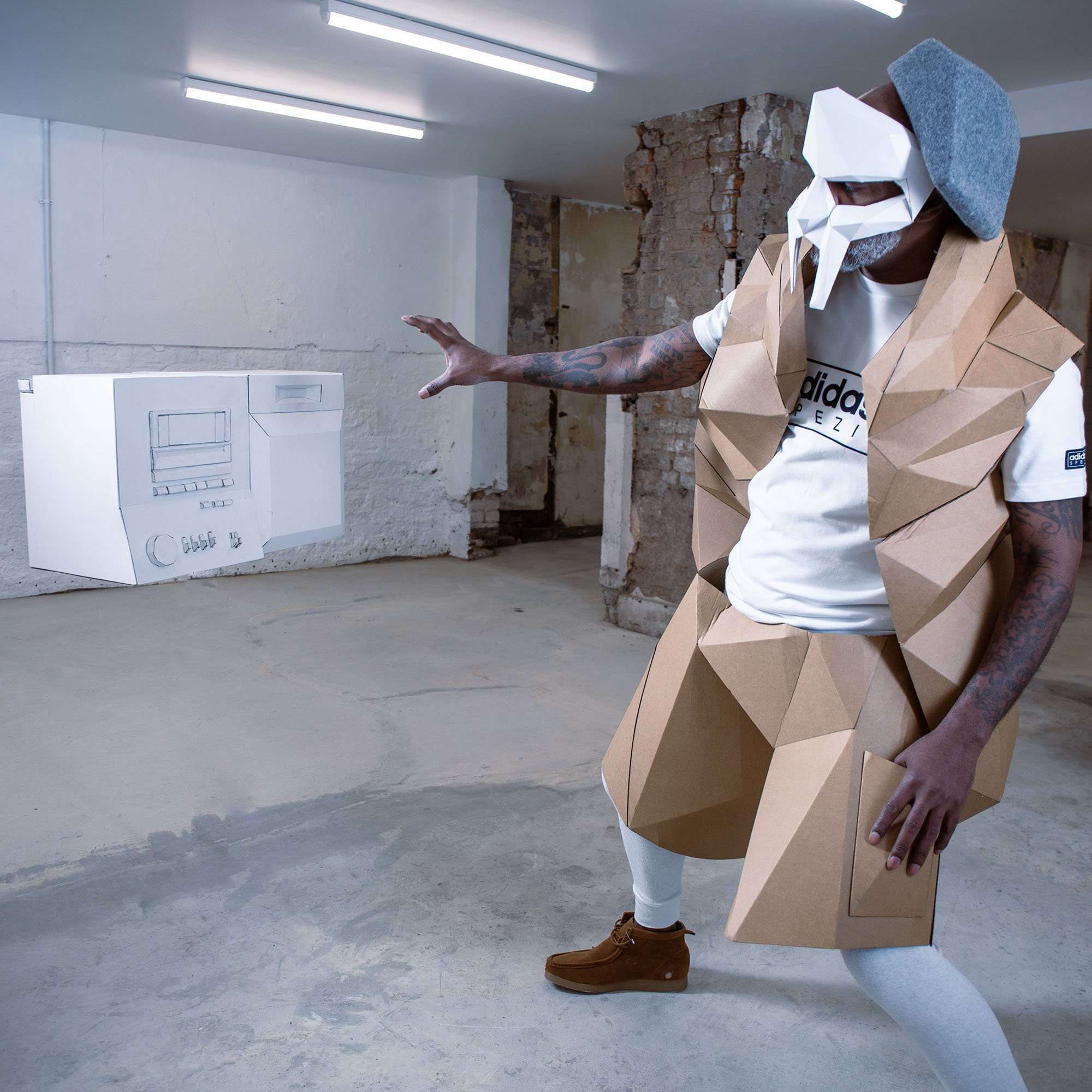 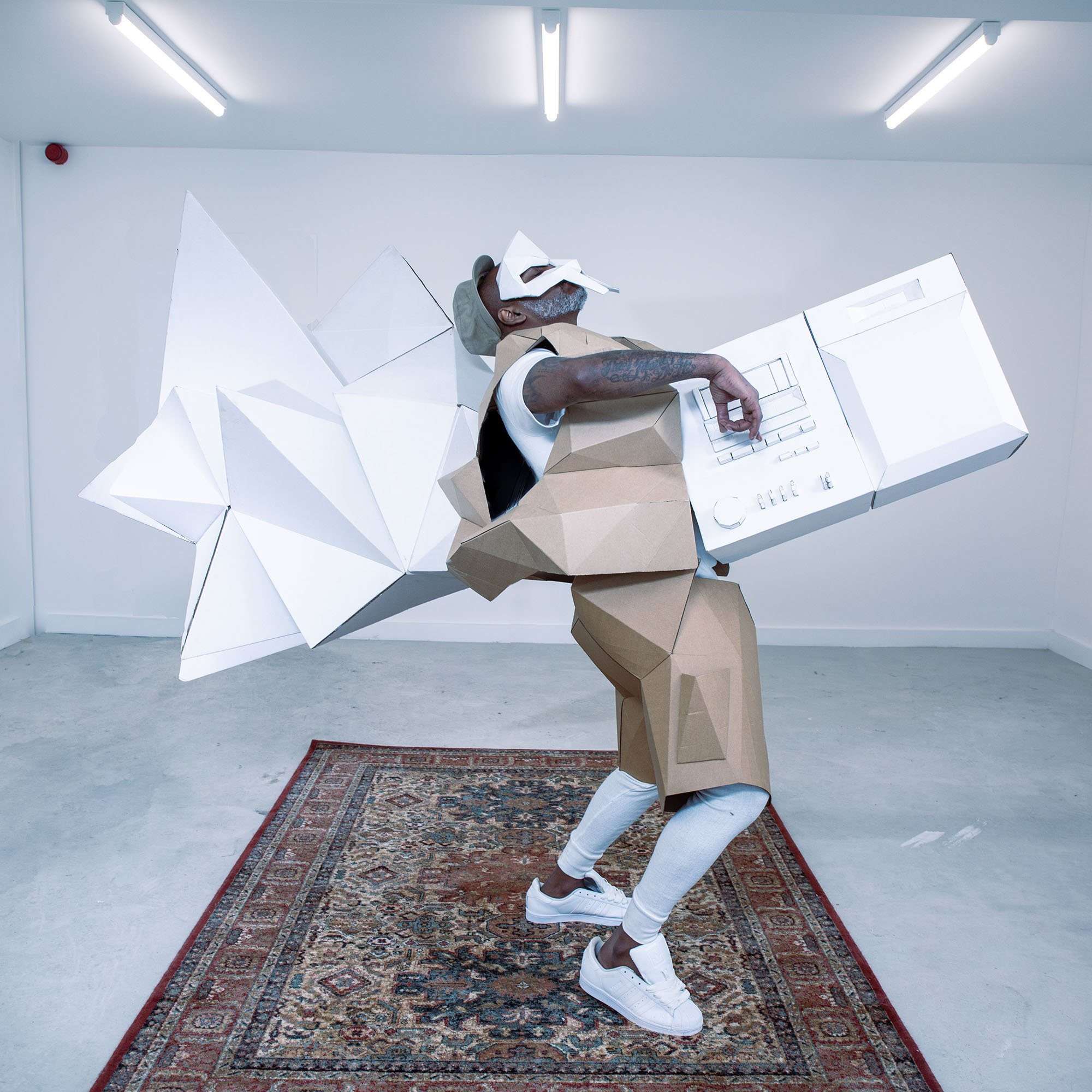 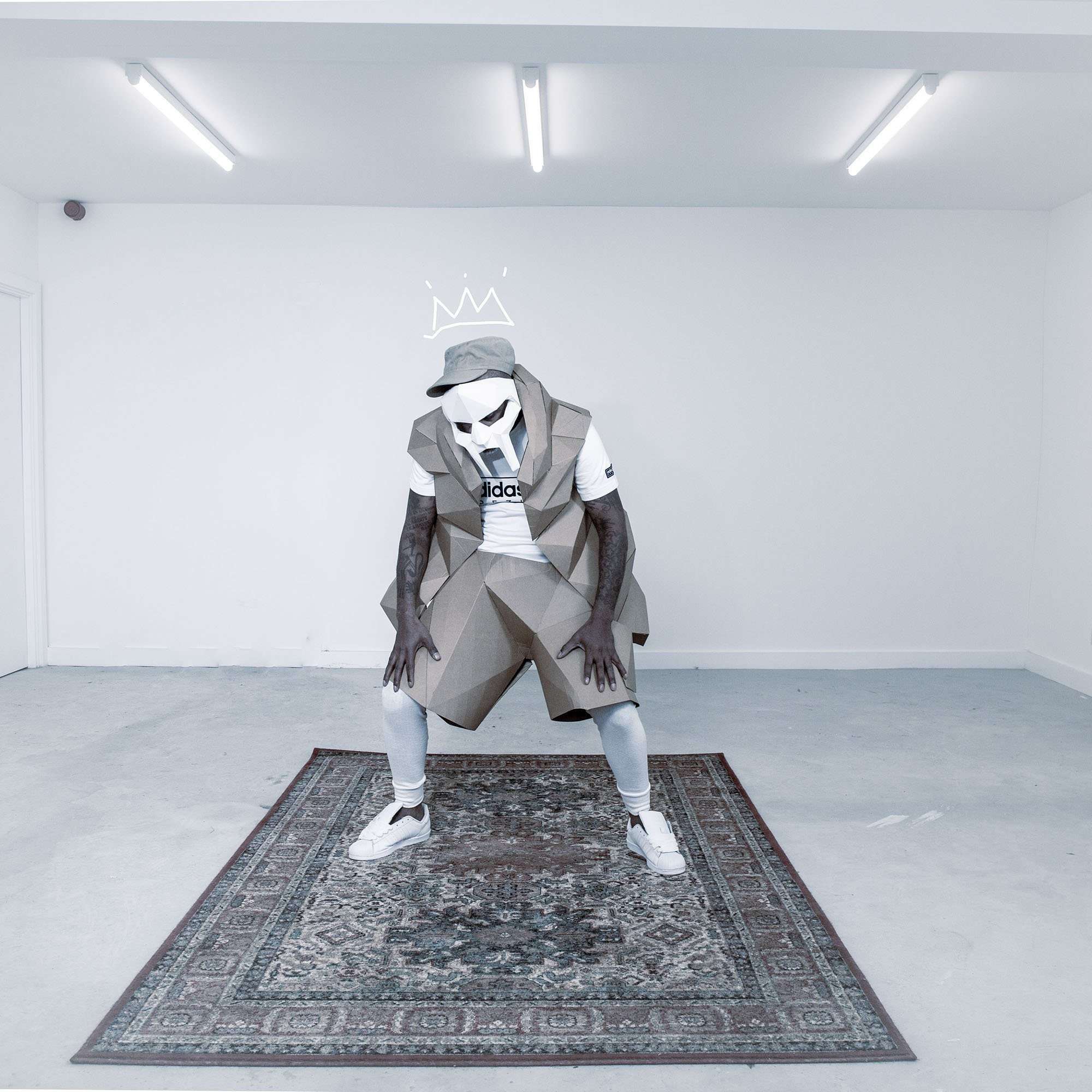 Not only did he design and fabricate the custom piece but as a creative artist he was able develop the ideas and take it to another level. Benji Reid, speaking about Liam Hopkins

RIP MF DOOM. You will be sadly missed.